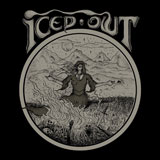 It is with a tear in my eye that I begin to pen this review. Witch Hunter Records, the one-man label and brainchild of Chris Kaye from Nottingham UK, has finally been put to bed after five solid years and forty harrowing and relentlessly heavy releases. Chris is one of the good guys: a man who’s poured in his time, money, life and soul to create something small but precious within the underground scene.  Mage, Koresh, Iron Witch, King Of Pigs, Bumsnogger, Grimpen Mire, Opium Lord, Atragon, Tree Of Sores, Sealclubber… the final roster is finite, but exemplary and WHR have rapidly built a reputation for somehow managing to dig out great new bands from under the rocks, almost before their first material has even been written. Individually packaging up each of his cuts into strictly limited editions with delicate and manually-arranged gatefold artwork and usually providing some pretty sweet t-shirt+CD packages along the way, Chris’ philosophy has always been based on quality over quantity. The other by-product of the modern music industry, the digital download, has always been and will still remain under a Pay What You Want policy on Bandcamp. Perhaps it’s inevitable that Chris has ploughed a small fortune into WHR with very little return, but with his young family to look after and much changed priorities in life, all good things must come to an end. I bid Chris a farewell and the best of luck whilst raising a murky pint to one of the best underground metal labels this tiny little island has known.

It’s not all bad news however as Witch Hunter Records final release is the fourth (or fifth if you count the early 2012 Demo) release from Durham’s finest purveyors of blackened sludge, Iced Out. The three track Main’s Ruin EP is available on a slick, 150 get-‘em-or-they’ll-all-be-gone CD package alongside the free download and guess fucking what – it’s an absolutely monstrous slab of bruised and abused, mid-paced, doomy hardcore for good measure.

Opener For The Coven is a brooding gem of a track. Harsh Mistress-esque vocals cackle out of the abyss as a bullish wall of riffs tumbles from the speaker stacks under the weight of a drum sound that’s meatier than an abattoir in springtime. Iced Out have moved away from the HM-2 Pedal worship that adorned the Jukai and An Invisible End EPs and they sound ten times more evil, brutal and sophisticated for it. There’s even a bit of a swing in their step which reminds me of Dopefight, The Bendal Interlude or Slabdragger, as is amplified to sweet bliss on the riff-plump and punchy title track Man’s Ruin. The garbled, distorted vocal lines flow more organically now over the top of these backhanded, sludgy grooves in a more easy-to-headbang-to manner, but the broken-down, stomping conclusion is still enough to make the hairs on the back of your knuckles stand up and doom out.

For the last ever Witch Hunter Records  produced track, Iced Out see us off the premises with a bang. Space Mountain is two perfect minutes of enraged, slowed down hardcore than sounds like Bear Gryll’s next series of The Island with Black Cobra camped on one beach and Weedeater on the other. No-one wins and both bands murder each other in the dead of night, strangling themselves in in their own riffage and misery as a scorched solo flies high above the sea and into the sparkling constellations above.

As sad as it is that Chris Kaye and Witch Hunter Records are moving on, it remains releases like Man’s Ruin that will continue to remind us of the gut-punching, ear-ravaging good times that we’ve been blessed with for, let’s face it, dirt cheap yet quality offerings for the last half-decade. The Durham foursome have done the WHR legacy proud and this EP brings a new, fresh uppercut to a UK sludge scene that’s now widely languishing in repetitive, copy-catting and frankly boring bands.

You might as well go online and download the entire Witch Hunter Records back catalogue – it’s all bloody superb stuff and it’s all up there for free, forever. And whilst you’re at it, send Chris Kaye a few quid for a drink, it’s the least he deserves.