On May 21st twenty twenty-one, something truly special, and pretty unique is going to happen. No, it’s not the day COVID dissipates forever, unfortunately. It’s not even the day that aliens land on the Earth and show us the error of our ways. May 21st is actually the day that Hippie Death Cult unleashes their new album, Circle Of Days, on the world, and what a magical day it will be indeed.

Circle Of Days is the second album by the Portland, Oregon four piece, and picks up where III left off.  It may only be five tracks, but what a hell ride it is for sure with thirty eight minutes of psychedelic doom oddities, Hippie Death Cult have created something truly spiritual.

For those of you who are yet to witness the beauty of Hippie Death Cult, they’re made up of four incredibly talented individuals, who make music on their own terms, not following any one path in particular. Mixing classic elements, like those of the almighty Black Sabbath, and firmly forcing them into the bastard offspring of early White Zombie, and Stoned Jesus. It’s a dark, but alluring mix, guaranteed to leave you completely satisfied.

Red Meat Tricks opens proceedings, and it’s a slow, pounding stomp. As it quickens in pace, it’s joined by soaring guitars and rumbling bass, while eerie keys tantalise at what’s to come, on the down low. As Ben Jackson’s vocal completes the dynamic, it’s like the opening of the floodgates for the full Hippie Death Cult experience. There’s something really retro and dark about it all. It could easily have been plucked from the sixties, from the dark underbelly of the whole occult rock scene, and thrown forwards in time, to the present day. Complete with an immense guitar solo toward the end, which is simply divine.

A particular highlight for me is track two, Hornet Party, and even though it starts with a very dark, somber tone, this doesn’t last long. It breaks in to a faster, more vibrant passage, and this is where I draw comparison with early White Zombie. With its pounding breaks, and speed freak guitar work, it makes it an instant hit with me. I don’t think I’ve heard anything like this in so long, and it’s such a welcome novelty to an already oversaturated music scene, that’s in definite need of a good shake up.

If you like your hard rock tinged with some occult, a little doom, and a healthy dose of psychedelia, them look no further then Hippie Death Cult…

Just to shake things up even more, while keeping things fresh, track three, Walk Within, could be described in the old terms as a ballad. Its slower in pace, and really lets us see what the band can do when they strip everything back, and push the remaining parts. The vocal work is so emotional, and the accompanying soundtrack really elevates this beyond being just five tracks of chuggery, doomy, safety.

As a good middle ground, track four comes round, and is a wonderful mix of all the tracks up to this point. Circle Of Days really showcases just how versatile the band really are, and I think if you had only one chance to impress a non-believer, then this would be the one to use for maximum affect. It’s a real slow burner, its eclectic, but with a proper swagger. As it slowly builds the highpoint is the exquisite guitar solo towards the end. It perfectly captures the prog and psychedelia aspects of the band that culminates amidst a sea of atmospheric drumming and super chill bass work.

Eye In The Sky takes us to the exit, and as it opens, all I can think about is just how it reminds me of Stoned Jesus. An understated start, brooding, slowly crawling across the air, like a dark haze hanging in the atmosphere. Never ones to sit on one idea, Hippie Death Cult turn the corner around halfway through as it changes direction. It’s somewhat heavier and feels more urgent. As the haunting keys dance their way through, Eddie Brnabic steps out of the shadows, with an inspired guitar solo. At times it absolutely wails, and the shear prowess of this virtuoso is exposed. As the end starts to come in to view, the guitar drops off a little, and every element steps forward, to work in unison, to get us to the finish line.

Now, as someone who is already a firm Hippie Death Cult follower, yes, I will be swayed in to saying that you need to get on this. Considering this is only the second full release for the band (who also have just had a split EP released with High Reeper), the future is looking real bright indeed. If you like your hard rock tinged with some occult, a little doom, and a healthy dose of psychedelia, them look no further then Hippie Death Cult.

And let’s face it, with a band name this cool, why wouldn’t you want to jump right in? 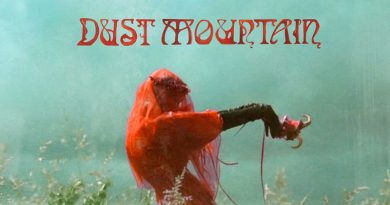 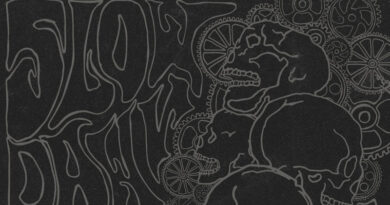