The good ship God Unknown Records looms into view with yet another release, this time courtesy of Hayward Verses Harmergeddon. Hayward is of course the legendary Charles Hayward, the founder of This Heat and Camberwell Now, as well as being a session drummer for The Slits on their second album Odyshape. He has since gone onto many other projects including various releases on God Unknown. Harmergeddon are a duo formed in South London in 2010 and consist of Nathan Greywater and PolyphonieFae. They play mainly improvised music and are inspired by the likes of Karlheinz Stockhausen, Iannis Xenakis and Delia Derbyshire.

Harmergeddon are quoted as saying ‘They split the atom, but we stuck it back together again!’. If you know anything about science, splitting an atom can have disastrous consequences leading to the release of deadly radiation. It is indicative of Harmergeddon’s desire to forge something harmonious, with the album cover reflecting this same desire for unity.

Amoeba/Reverse the opening track on the album and the longest, starts with the sort of low electronic hum you would find on Kraftwerk 2 before Charles Hayward arrives with an up-tempo, yet impressively controlled drumbeat. The alien, space style drones Harmergeddon create both contrasts and compliments this beautifully. It’s a meeting of two worlds that threaten to collide but who manage to maintain a respectful distance thus averting disaster. An amazing way to start the album.

Second track Grit/Salt opens with some tight, military style drumming from Charles dominating in the foreground while Harmergeddon linger in the shadows providing a gorgeous sonic backdrop. The track changes tack around the four-and-a-half-minute mark with Harmegeddon taking on a little more of a prominent role, threatening to take you on a journey into the sonic stratosphere, before the organic sound of Hayward’s drums bring you back down to earth.

Third track Tubspin melds cold stark electronics with funky drumming perfectly. Shortest track on the album, Vertical, is next up and the sheer chaos is particularly noticeable. Up to now Hayward and Harmergeddon had stood at a distance, admiring each other from afar. Now such boundaries are blurred, the avant-garde motorik soundscapes clashing with the hard hitting and sometimes-frantic drumming.

Helix takes you on a Brian Eno style trip with ambient sounds reminiscent of his Apollo: Atmospheres And Soundtracks album. Some nice scattershot drumming punctuates ensuring you don’t get too lost in the sonic ether.

Final track Spellbind opens slowly and steadily never really changing in tone or tempo. Again Hermeggedon’s low electronic buzz reminding me once again of Kraftwerk, as well as Popol Vuh and Cluster, in other words, the electronic wing of the krautrock genre that also hinted at the influence of Delia Derbyshire’s futuristic intonations. This was the most subdued track on the record and felt strangely muted, probably the most appropriate way to conclude such a listening experience.

The album felt like a concept piece, the soundtracking of a nuclear war and would have fit brilliantly with 1984 British apocalyptic war drama Threads. The tensions building up slowly and worryingly between the protagonists, ever increasing in intensity before an all-out conflict erupts with Vertical, (the shortest track and perhaps indicative of how quickly such a conflict would start/end).

The final 2 tracks are the initial panic and confusion of the general populace followed by a subsequently eerie sense of calm. The album takes you on a terrifying yet captivating journey throughout and shares something of the improvised spirit of the Four Tet and Steve Reid collaborations, but by comparison is far colder, darker and thrilling. 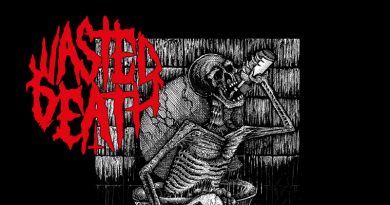