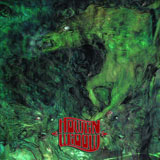 Is anyone familiar with the story behind The Who’s “Pictures Of Lily”? Basically the protagonist of the song is having trouble sleeping so his dad gives him a picture (Lily) which he uses to wank himself to sleep for want of a better expression. It turns out he falls in love with Lily and asks his dad where he can find her…only to be told she’s been dead for 40 years. The release of this 7” from Ireland’s Howlin’ Widow is a little like that picture, only minus the wanking. One listen and I was hooked and intent on checking out more by the band only to find that they split last year!!! God damn!!! It’s a real shame as this is a real find!!!

Thankfully the newly established Irish label Freak Flag Recordings has seen fit to preserve this band’s final studio effort on vinyl in an all too brief 2 song 7” format. Howlin’ Widow dig deep into the acid laced, blues drenched rifferama of the 70’s bringing to mind bands such as Budgie, Leafhound and Sir Lord Baltimore as both tracks pile riff upon riff and switch from balls out to rock to a crashing groove with consummate ease. Sitting on top of the scathing riffs vocalist Tom Clarke wails and howls with throat ripping passion sounding equal parts Sir Lord Baltimore’s John Garner, Church Of Misery’s Neggi and Sixty Watt Shaman’s Dan Soren. In fact the band do share common ground with both Church Of Misery and Sixty Watt Shaman musically as well as vocally as all three draw heavily on Sabbath’s love of fat blues based riffs and skittering jazzy drumming.

If, like me, you find yourself irresistibly drawn to Howlin’ Widow’s mighty rock power fear not as vocalist Clarke has seen fit to resurrect his previous outfit Bad Boat…a very much different, doom influenced outfit but with enough crossover potential to keep fans of both bands happy. With a little browsing on t’internet you can find the band’s previous recordings available but for starters this is as good a place to kick off…plus it helps Freak Flag in their bid to establish themselves. Now, if only I’d found this band a couple of years ago!!! 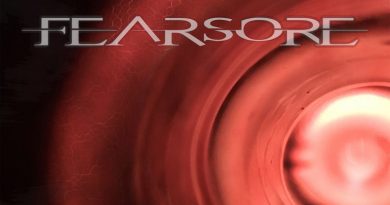