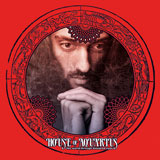 The metal and hard rock worlds are seemingly overrun with record labels at the moment but Germany’s Electric Magic Records have donned the gloves and come out throwing some heavyweight punches so far with their initial batch of releases. The Heat album possessed enough soulful vintage grime to make a pretty decent sized splash on the stoner pond and now they’re throwing House Of Aquarius out there.

Originally released on Daredevil Records in 2003, Electric Magic have dusted it down and produced a sumptuous vinyl version for everyone who missed this gem from this sadly defunct band first time round. Despite having been recorded a decade ago this certainly doesn’t feel dated. That’s the beauty of bands who purvey a retro sound, the intention is to sound as dated as possible. Musically House Of Aquarius owe a heavy debt to 70’s giants such as Captain Beyond, Mountain, Cactus, Budgie and, of course, Sabbath but they also tip their hat to the more trad metal sounds of the NWOBHM as well as classic stoner bands such as Dozer and Orange Goblin. The opening one two punch of “Lord Of Vermin” see the band lurching from tripped out, fuzzed up metal through to the swinging, heavy as tits blues rock of “Rock And Roll Grandma and the KKK” with a smorgasbord of tasty wah guitar thrown in to keep the air guitar playing hordes shedding their dandruff with wild abandon.

“Fear No Evil” shows another change of pace as cleaner tones shine through and the band ease back on the gas with a nice bluesy vibe that brings to mind some off Thin Lizzy’s more reflective moments before stomping on the fuzz and bringing the boogie. Vocalist Mikael Popovic shows he’s able to go from a soulful croon to a full on roar that brings to mind Johnny Throckmorton from the equally missed Alabama Thunderpussy. In fact the mighty Pussy aren’t a bad point of comparison as the band charge through their delicious nuggets of thunderboogie maintaining their furious pace through the iron clad rush of “Asteroid Zombiez”.

“Unholy” satisfies with its distinctly vintage groove that brings a little thinly veiled funk to the House Of Aquarius before grinding down its gears and bringing the doom and the blues in equal measure. That the band can pull off such a drastic about face says much for their compositional skills. This combination of the dark and the heavy on the one side and the blues on the other side are perfectly spliced on “Apes And Blood” which throbs and pulsates with a certain air of menace before veering off into a Sabbath styled jazz rock freak out at the drop of a hat. Perhaps unsurprisingly “Cosmic Weed” is a wah driven little groover that rides on a “Lord Of This World” kind of lurching rhythm. Brief, to-the-point and possibly one of the catchier tunes showcased here.

That said “Nuclear Child” features the kind of heavy, stop-start kind of funky riff that Clutch have excelled at but driven home with far more weight and intent than Baltimore’s finest and is a guaranteed bootie shaker!!! In true stoner style House Of Aquarius save the epic for last as the 8 plus minutes of “Out Of The Hands Of Your God” kicks off with a genteel riff that tips its hat to Kyuss’ “Demon Cleaner” before the fuzzbox gets trampled one last time. The track itself flips and flops from mellow, jazzy blues to beefy heavy grooves making the transition almost imperceptibly yet with maximum impact.

That this album did well on its initial release is unsurprising but that the band itself weren’t able to sustain themselves is a real tragedy. It’s a big thumbs up for Electric Magic for exhuming this release and putting it out there for all those who may have missed this first time round, particularly as this retro fuelled sound is riding a particular wave of popularity right now. So, how about a reunion? 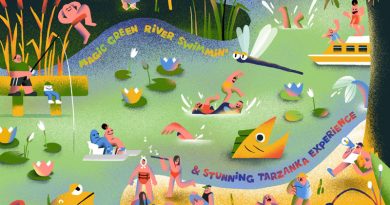