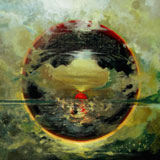 Heat’s self-titled debut was a decent stab at heavy, retro 70’s blues rock that chased hard at the heels of bands such as Witchcraft and Graveyard and was a good foothold for the band but this follow up sees a consolidation of the band’s sound and proves to be a more impressive affair.

It would be a stretch to say that Heat sound original given that they are mining a heavy 70’s groove, but their sphere of influence definitely seems to stretch beyond the usual Sabbathisms that so many of their contemporaries cling so faithfully to. Yes, there is Sabbath, there always will be let’s face it, but Heat run the gamut from UFO and Scorpions style balls out rockers, proto Budgie grooves…Free World manages to throw in a tasty, Jon Lord inspired organ solo and The Golden Age starts as a distant relative to Ram Jam’s version of Black Betty. Basically the traits that make 70’s rock so appealing are here in abundance; punchy, bluesy riffing, soaring vocals, dynamic light and shade passages complete with acoustics, Mellotron and spacey effects, adventurous song structures, heroic guitar interplay and a warm, rich production.

Overall this album has a much tighter feel than the debut. The song writing seems to be built less around jams and more about refined and honed riffs and harmonies. That said, despite the improved sound and harmonic tightness some of the song structures would benefit from a little self-editing…The Golden Age, for example, at over 9 minutes is a little excessive. Barbarossa on the other hand rocks along on a lovely groove and features some sexy guitar harmonies that sound like the classic Thin Lizzy pairing of Gorham and Robertson jamming with UFO…which for a huge fan of both those bands such as myself comes as a slightly orgasmic prospect. Similarly Masquerade has echoes of the NWOBHM and early Diamond Head…never a bad thing in my book, it certainly never did Metallica any harm!

Bands often get derided for being unoriginal. There is, however, a difference between taking influences and using them to forge music that is built on strong riffs, excellent playing and kick arse songs on the one hand and just painfully ripping off your influences on the other hand. Heat succeed in creating a sound that is of the 70’s but blended to construct a splendid whole that defers to their influences but displays a band fully in control of their sound. Labyrinth is basically a very good retro, hard rock album…you will have heard it all before but rarely done with this level of class. 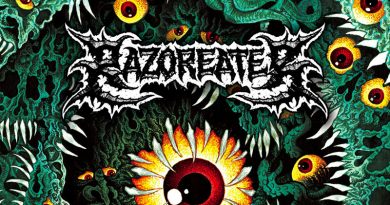 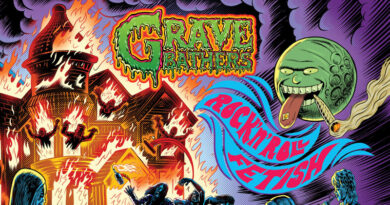