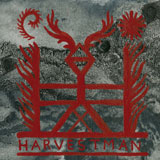 With Harvestman, Neurosis’ Steve Von Till has been exploring a much less bombastic form of music; arboreal, earthy and yet still dark in its own shadowy way. With Music For Monoliths however, he’s moved entirely out of the nocturnal storm clouds and into the hazy fogs of dawn.

The album, seven mostly-instrumental tracks over a just-right duration of forty-four minutes, opens with the skirling wail of a hurdy-gurdy. This is an instrument which, for me, always invokes the wider collectives that circled around Coil and there is a relationship here, in both project’s interest, with the ideas of stone circle solstices and of a mythic resonance to the landscape itself. The track, The Forest Is Our Temple, even fades out halfway through only to rise again, acting as a literal overture for the album. It’s a door that leads into the heart of the music itself, a hush as we cross the threshold.

More familiar guitars appear in the tracks of the album proper, but they’re awash with the drones of ancient synths and layered effects that shimmer like pollen in the summer sun. Oak Drone, for example, sounds like Earth’s back catalogue played by magicians who’ve just arrived from Clark Ashton Smith’s Zothique cycle of weird tales. Weird is a word that resonates strangely as I listen to this album, in both the senses of supernatural but also the deeper meaning of something unearthly breaking through into our world; it’s the sound of fairy rings and hidden dells where reality seems somehow thinner than it is elsewhere, where sounds creep into our ears from hidden places.

Two of my favourite tracks from the album, the double-whammy of the Spiritualised-esque drone of Cromlech and Levitation, exemplify this feeling. While the former blends layers of atmospheric synth lines into the long, drawn-out sense of time you feel in the very early part of the latter day, with its muted rhythms reminiscent of Jesu’s more melancholic moments, allows more a human vision to take hold – the hissing of power cables in the rain, the distant voices of cities – but still keeps that separation of man and nature.

White Horse, the album’s finale and perhaps its masterpiece, synthesises all these elements into a single whole – the strangely warping synths, so reminiscent of 70’s radiophonic soundscapes, merged with gently lilting melodies, multiple guitar lines weave between and around each other like moths in moonlight, a searing melody soars hawk like overhead – until Von Till’s voice, both haunted an haunting, intones a phrase that begins with the words “the stones call to me, just as they always have”. It’s not the album’s first piece of vocal work but it’s unique in its clarity. We don’t need to know which stones are calling him, the immediate thought is the strangely wrought megaliths of the wild and lonely places, but the implication is clear; this place is not the only place.

This is a wonderful and deeply emotional record, whose layers peel back archeologically only to reveal more layers underneath. 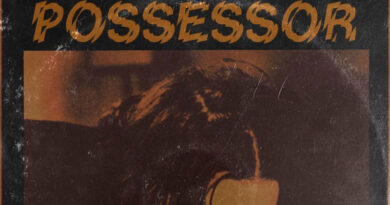