Mancunian noise psych legends Gnod first met João Pais Filipe at the Milhoes De Festa music festival in Barcelos in North Portugal, initially intrigued by a gong he’d made in the shape of a skateboard which formed part of an exhibition. The genesis of the collaboration epitomes the spirit of improvisation with three days of rehearsals forming the basic bare bones of the tracks, while an incendiary live show explored this even further. Eventually this was recorded over four days in João’s metal workshop with minimal overdubbing.

Faca De Fogo is being released by Rocket Recordings, not only home to Gnod but also such luminaries as Pigs X 7, Sex Swing and Kooba Tercu, all of whom I’ve reviewed for The Shaman. The cover is suitably psych as you’d expect and features the four elements, earth, air, fire and water, all of which tie into the album’s tracklisting. Faca De Terra (earth) which opens is the longest track on the album and is something of a percussive delight. The earth element is especially appropriate as there is something earthy and organic about the music. I could envisage a hippy type commune dancing round the fire at Stonehenge or Glastonbury (before it became hyper commercial), it’s a track that connects the listener to the natural world. A lovely atmospheric opener.

From the longest track on the album to the shortest, Faca De Ar (Air) at a mere seven minutes twenty seconds is a polyrhythmic gem that recalls the offbeat works pioneered by Talking Heads and Adrian Bellew era King Crimson. A free jazz styled saxophone also makes an appearance.  There is a metallic sheen too evoking, dare I say, Sepultura’s Roots album reminding me of tracks like Ratamahatta, in spirit if not in sound. To be honest I would not have been surprised if label mate Igor Cavelera himself had of made an appearance, in a track that evoked the tribal feel of life in the Amazon.

This album is a lesson as to how effective a collaboration can be, offering you reassurance and familiarity but at the same time piquing your curiosity…

Faca Do Fogo (fire) features the first and only set of vocals and has a no wave repetitive drone ascetic ala early Sonic Youth (Self-Titled EP and Confusion Is Sex era) and Swans style bleakness. I was also reminded of Sly and the Family Drone’s Walk It Dry, in the sense that there was a musique concrète /free jazz sensibility present. Closing number Faca Do Agua (water) starts with a pulsating electronic krautrock vibe, reminiscent of early Kraftwerk and Cluster, with added industrial damage that would have you thinking you were listening to an early Einsturzende Neubauten or Throbbing Gristle album. João‘s superb percussion contrasts and compliments the track’s otherwise cold and bleak unforgiving Industrial landscape.

Faca De Fogo was supposed to have had its live debut at this year’s Supersonic Festival but due to obvious reasons its now been cancelled. This is a great pity as I would have liked to experience the album live, but hopefully once the COVID-19 situation clears I’ll get this opportunity. What with owning quite a few releases by Gnod and having seen them live, I already knew what to expect and thus my high expectations were met. This is my first encounter with João however and on the back of this release certainly won’t be my last.

This album is a lesson as to how effective a collaboration can be, offering you reassurance and familiarity but at the same time piquing your curiosity; inspiring you to experience something you may not have previously. In this respect both artists have succeeded in spades. 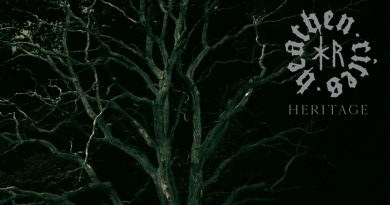 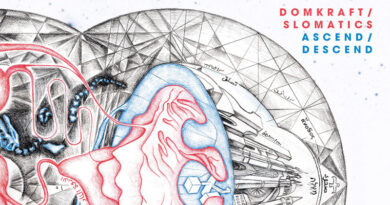