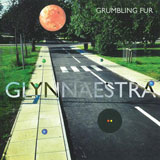 Grumbling Fur return with another psychedelic offering in the form of ‘Glynnaestra’ via Thrill Jockey, the now solidified duo of Daniel O’ Sullivan (Guapo, Ulver, Æthenor) and Alexander Tucker (one half of Imbogodom and Thrill Jockey resident) inject this third release with a hefty dose of pop sensibility, some of which was hinted at on last year’s Latitudes release ‘Alice’ but made flesh with Glynnaestra. The improvisational touches are still present of course, but this time round things have become more refined, albeit in a challenging, but incredibly upbeat manner. The darker undercurrents that ran through their debut improvisational piece ‘Furrier’ are near completely eradicated, replaced with swathes of positive vibes and reflective, moody atmospheres.

As stated on the press release that accompanied this album, the work is put together as if in collage form, snapshots of time captured brilliantly and the resulting blissed out-pop-folk-electronic hybrid serves as the perfect accompaniment to the current lush summer weather we are experiencing. The whole album evokes heavy emotional response, these responses can be varied however, as on first listen I dismissed the record entirely out of hand, mainly due to the heavy usage of uplifting pop melodies (not uncommon I guess for someone who’s musical diet recently has mainly consisted of long, slow dirges of noise and feedback interspersed with pitch black techno and black metal…)

Understandably I was kind of thrown from the start, however upon repeated listens things did start to piece together. The first half of the record drifts serenely from the opening behind the scenes; documentary to the sonic blast of noise that is to follow before morphing into the electronic, feel good folk-pop of ‘Protogenesis’ and ‘Eyoreseye’ through to the distant tribal drumming and fantastical clattering’s of ‘Alapana Blaze’ via the thoroughly enchanting ‘The Ballad Of Roy Batty’ which is certainly one of the most infectious and reverent of pieces found on Glynnaestra. The first half certainly sets the stage, igniting the curiosity and you slowly start to be drawn down their particular rabbit hole. The pastoral flavours complemented with mournful strings utterly captivate during ‘Galacticon’, the hypnotic waves giving way for the title track itself ‘Glynnaestra’. This short track serves as a slight intermission; rising vocal work and lightly strummed guitar intertwine and dissolve in the mind, filling the void with beautifully crafted harmony.

‘Dancing Light’ and ‘Clear Path’ follow a path similar to earlier in the album, heavy with the upfront pop and folk combinations, but these pale into significance when put against the final three tracks. The improvisational, ritual vibe begins to pervade the atmosphere yet again throughout ‘The Hound ‘and ‘Harpies’, that aura of ‘Furrier’ coming back into play, before closing with the positively haunting ‘His Moody Face’. All in all Glynnaestra has its moments of genius interspersed with serene snippets of time and space, it may not be as straightforward as their earlier works, nor their best, but it certainly shows the pair beginning to find their signature sound, certainly pick it up if you can as with perseverance comes pleasure. 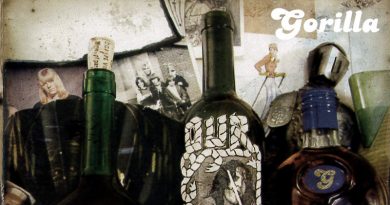 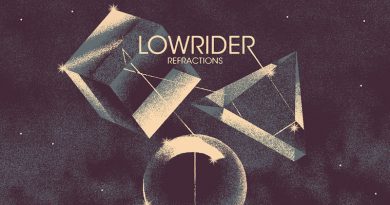