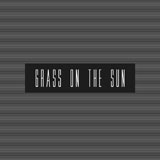 The Reid brothers would be proud. Massa, Italy’s up and coming drug-induced duo, Grass On The Sun, tread the Jesus and Mary Chain path and valiantly fend off the fate of mediocrity – a fate that rightfully dooms the more forgettable ‘too slick for their own good’ shoegaze, psych rock pawns – bands who eventually fail to recreate the elusive “Psychocandy” stoned (and dethroned) out creep, inevitably fading into the woodwork with an attrition rate akin to loaded chamber roulette. Bands who were, for the most part, successful in the fight – Bobby Hecksher’s The Warlocks, for example, would try their hand before taking permanent detours into acid drenched hypno-drone rock or shameless (Rolling) Stones worship (early Brian Jonestown Massacre); although cool identity shifts in their own right, it’s nevertheless a deviation from the true ‘Mary Chain formula’—a formula that Daniel Ash and Co (Love and Rockets) ‘sold their soul’ and nearly burned down their studio to totally nail during 1995’s Sweet F.A. sessions (check out the inlay artwork – that charred guitar is not a prop, my friends). Alessandro Hicks (vocals/guitars) and Gabriele Sancho (drum machine/bass) show no signs of tapping out of this round, however, and firmly stay the course with a promising two-track debut oozing with the kind of sleek, sweet cool that says ‘this honey (sure as hell) ain’t dead.’

The Corner sets the tone – a steady, reverbed drum line, a strumming, pounding bass line, and Hicks’s sultry whisper, a little 20-second intro before the main riff kicks in. It’s 4 minutes of stripped down simplicity but carries the kind of hook that has you craving the same song over and over like a deliciously broken record. The arrangements and overall feel are a throw back to (producer) Martin Hannett’s days with Joy Division – the same romantic darkness pervades; alluring, sexy, and oddly comforting, this duo understands the recipe and has the finesse to make it damn convincing.

I Feel it Coming is equally strong, with a dreamier melodic edge and more complex, layered guitar work – the group slows it down to a languid sway with just enough feedback to ride the sleepy haze to the final seconds of the track. It’s a short ride, but rarely is a ride this good available for free (checkout their Bandcamp page for details). And based on the strength of this material, disillusioned disciples of the Reid brothers waiting for that follow up to 1998’s Munki (that never comes) can pledge a new allegiance.

But the real question remains: Can Grass On The Sun fill the shoes? Maybe yes, maybe no, but at least they have their foot in the door.