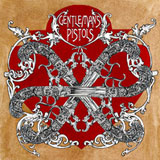 Whoa there, hold the phone have I missed something??? I seem to have fallen asleep and woken up in 1973 as that’s the year these guys are living their entire existence. What a luxury that must be for them, they haven’t had to endure disco, new wave, techno, house…etc. For them they live in a world of 3 TV channels, no such thing as video games and can still get Corona lemonade!!! A recent issue of Classic Rock magazine identified 1973 as the best year in music with albums such as Iggy and the Stooges “Rawpower”, Black Sabbath “Sabbath Bloody Sabbath”, Led Zeppelin “Houses of the Holy” and Pink Floyd “Dark Side of the Moon” all being released. Gentlemans Pistols have picked a fine year to stop their musical development!!!

So what do you get here? From start to finish this is one seriously righteous blast of rock and roll with barely any room to draw breath. From the opening salvo of “Just a Fraction” the pace rarely lets up and continues to kick your arse until the closing refrains of “Parking Banshee”. “Heavy Pettin'” does offer some respite coming across like the snotty nosed uncouth brother of Led Zep’s “Dazed and Confused, all blues riffing and building tension. “The Lady” could almost be described as a ballad if it wasn’t for the pounding riff that kicks the verses out of the way and the amphetamine fuelled charge that closes the tune. At the other end of the spectrum we get “Vivid Wonder”, imagine Motorhead jamming with Budgie…lovely stuff!!!

Production wise this album is right on the money. This really sounds like a case of a band going into a studio setting up saying “there’s our fucking gear, mic it up so we can fucking play!!!”. There is nothing here that doesn’t need to be here, just a no frills ball-grabbing up front sound. You can almost smell the amplifier valves heating up!!!

That this album was even released on CD seems slightly incongruous given the retro fired nature of the tunes on here. This should be on vinyl with a gatefold sleeve complete with yellowing inner sleeve and a touch of crackle. Luckily it is available on vinyl with an extra track for anyone still man enough to own a gramophone. In fact, if they could have released it on 8-track I’m sure the band would be delighted!!!

I’m a picky bastard when it comes to music usually but I have to say I can’t really fault this album. Actually that’s a lie, at a shade over 30 minutes I need more, I need more of this rock and roll madness!!! I’m off to grow my sideburns, squeeze my fat frame into a tiny nylon vest, don some flares and watch reruns of the Likely Lads and the Liver Birds…I feel inspired!!! 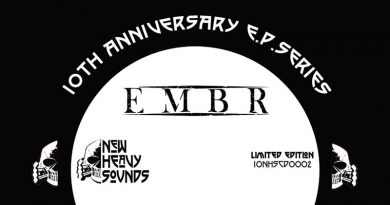 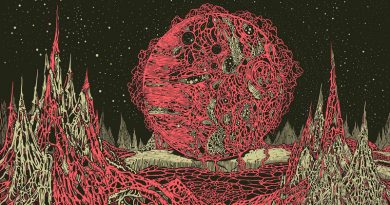