Prosthetic Records have a long pedigree of releasing some of the most cutting edge heavy music since their inception in 1998. Notable names who’ve passed through their roster include black metal behemoths 1349, French thrashers Gojira and of course Lamb of God. So when they snap up an act to release their debut album, it’s definitely worth paying attention to.

Beginning life as an accidental spin off from Archaic Decapitator, the melodic death metal band of Fires In The Distance’s Yegor, Craig and Kyle, the project grew beyond expectation and has established itself as an act worth paying attention to in its own right.

During the writing, of what would become Echoes From Deep November, it was apparent to Yegor (Savonin – guitars/synth) that the material being written was more atmospheric and doom related and deviated from the previous path he’d been exploring and officially invited the other members to join.

The six tracks were recorded live, and organically, with producer Dave Kaminsky and are infused with a flow and an energy from the start. The Climb’s delicate piano leads into a stately, epic length, but muscular opener that is awash with dense layers of guitars, synths dripping with majesty. Vocalists Craig (Breitsprecher – bass) and Kristin (Grimaldi – guitars/main vocals) combine to bark their dark tales.

Sonically, the music has more a touch of Swallow The Sun or the great Type O Negative with the rich melodies dripping with melancholia in a mournfully triumphant way. Oscillating between powerful moments of taught drumming and shape riffing to plaintive keyboard under pinned by grinding bass, it feels like the soundtrack to a Viking eulogy.

Elusive Light is a more direct number that sets off with neck ache inducing hammering. Still accented by synths and keys, this is a far more focused affair that ramps up the brutality. Broken up by samples of psychological musings on the cruel nature of man, this has a much more old school death metal feel at times that not even all the flashy trappings can distract from. When the band gets locked into these moments, the interplay between the members shows the chemistry from having played together for as long as they have elsewhere. For a new band, Echoes From Deep November is a very accomplished piece of musical theatre just two songs in.

rich melodies dripping with melancholia in a mournfully triumphant way…

Third and fourth tracks The Lock And The Key and Reflections In The Ice form the centre piece of the album with their near twenty minutes combined running time. Here the emphasis is very much on grandiose story telling rather than feats of pummelling that has more in common with Blackwater Park era Opeth and prime Paradise Lost than the likes of say, Morbid Angel, their dirge has a polished sense of dignity, rather than a grimy feel to it. Acting almost as a ying and yang moment, the former track sets up a lighter platform, almost playful and exploring, ready for the latter to slap you with yet heavier passages.

This continues onto Chained To The Earth where the synths constantly bubble over what is the heaviest track. In truth they push the balance almost to breaking point as the track can feel a touch busier than it probably needed to be, but that is a minor quibble.

Album closer Sundial is made all the more impressive by Kyle Quintin’s monsterous drum performance. Having sat behind the kit for the likes of Engraved, the guy knows how to use his skills to propel the music rather than trample all over it and, on this instrumental piece, the band ditch the more theatrical aspect of their writing and just concentrate on crafting a short punchy sign off.

Fires In The Distance have got a lot of promise. Echoes From Deep November is a discourse on mental health struggles and depression set to some seriously high quality music. The ebb and flow of the album reflects the struggles and moments of light and shade in the subject matter, the delicate keys often giving dizzying heights of joy, brought down by the savage passages.

The band haven’t reinvented the wheel with their debut album, what they have done is hone ideas, that have gone before, into their own vision and executed it in an impressive manner. 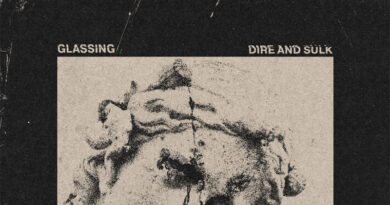 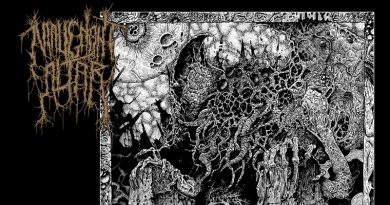