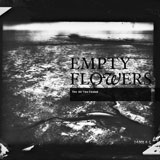 From what I can tell, no one really likes remixes (this isn’t going to be a hugely negative review, so stick with me). Ask the average person on the street their opinion and it’ll likely be negative, and fair enough; does anyone really like hearing Beethoven With Beatz or whatever’s going at the gym? Does the extended version of Who Let the Dogs Out really need to exist? Of course not, and a few celebrated (Broadrick doing Isis & Pelican..) remixes aside, most of us would be hard pressed to think of all that many remixes that are memorable beyond that instance of novelty and irritation.

So credit must go to Empty Flowers for doing a remix album that doesn’t suck throughout – there’s some really really nice moments. Think that’s down to a) I didn’t actually know the band before this release, so expectation coming in was a total blank slate (rather tasty stuff, having said that) and b) the best elements of the songs are generally kept.

The centre piece here is the ridiculously atmospheric, deliciously beautiful remix of ‘Call A Priest‘, wherein the original good-but-not-great ballad has the fairly unremarkable electric guitars replaced with some sparkling acoustic arpeggios, with the quiet, downcast vocals going from “pretty good” to “unbelievably haunting“. This track alone, aside from being a crazy amount of fun to play and fantastic campfire fodder, is worth the price of admission alone.

If folky downbeat-ness isn’t your thing, it’s still a decent enough remix album, although few other songs would be good enough to shake the “fans-only” tag that your typical remix album has. It’s all over the shop, in ways both pleasing and perplexing. Broadrick’s new Jesu take on ‘Car Fires’ is satisfyingly dreamy, and I’m quite enamoured with Crone’s blade runner soundtrack take on ‘Ice On Wings’. Naturally, some of it sucks a bit; ‘I Get To Know Its Name’ being maybe four hundred times better in it’s original, hard rocking form, while I’m not terribly sold on the remix of ‘Resonate’, a deliberate choice or not, the sub-par industrial of it sounds particularly obnoxious after having ‘Call A Priest’ drip sweet, sweet honey into your ears on the previous track. Oh well. A remix album is a remix album after all.

Yeah, this isn’t bad but, to quote a line that has probably been used by literally every person who has ever reviewed a remix album, it’s for dedicated fans only, the fantastic ‘Call A Priest’ excepted. It would be a hard band to remix- certainly, Empty Flowers energetic, concise approach don’t seem terribly suited to this kind of record. So let’s leave it at this: if you like Empty Flowers definitely check this out, otherwise I would consider a try-before-you-buy thing to be totally reasonable.