Collaborative albums can be curious beasts. They often either present themselves as chimerae, their various parts combined but distinctive and separate, or true hybrids with their constituents blended into a whole that’s distinct from the parent sources. Often, but not always.

I was lucky enough to see the collaboration between Emma Ruth Rundle & Thou as part of last year’s Roadburn Festival – back in the Before Times when live music was an actual thing that happened – so I had some idea of what to expect but, even so, this is more. So much more. From opener Killing Floor through the album’s sub-forty minute duration we move through varying densities and gradients of every facet of both artists’ abilities, each working in concert with the others. In retrospect this shouldn’t be surprising; Rundle is a visual artist beyond her music, while both she and Thou have an intricate web of other bands, side-projects and one-off experiments that become almost fractal. Yet May Our Chambers Be Full comes across as not simply another collaboration, another project but more like a band who’ve been playing together for years, pulling off something truly monumental.

And, pleasingly, monumental is the best way to describe Killing Floor as it moves from a brief overture of guitar reverb into a pounding, descending wave of guitar. Rundle’s ocean-clean vocals soar over the predatory growl of Thou’s Bryan Funck, who lurks far lower in the mix. In fact, and this is something that persists through the album, Killing Floor’s mix of dense-yet-melodic and heavy-yet-beautiful sounds very, surprisingly 90s. Wonderfully 90s, as it happens. There’s roots here that burrow back to the likes of Helmet’s Milquetoast or Alice in Chains’ Angry Chair, refining and recombining that source material into something greater than the sum of its influences.

This continues into the following tracks. Funck switches to a nasal, cleaner voice on Monolith that reminds of nothing so much as Gary Numan who, if he’d gone doom metal at the end of the 90s, rather than delved into the glacial Exile, I can very much imagine him recording an album like this. Ancestral Recall on the other hand, starts with Rundle channelling the sinuous, soaring vocal style of Throwing Muses’ Kristin Hersh before exploding into a crunching, death metal blast of riffs and feedback wails. Magickal Cost, one of the album’s stand out tracks, sounds like the entirety of Siamese Dream condensed into four minutes.

May Our Chambers Be Full is the work of musicians excelling at their craft to create something sublime, something that exceeds beyond all possible expectations of their already-impressive component parts…

All of this might make the album sound retro, at best, or even derivative – a will-this-do pastiche of disparate parts – but that’s never the case. May Our Chambers Be Full sounds very, achingly now. The gothic elements – in a musical sense but also in a lavish complexity that recalls soaring architecture and velvet-rich literature – blend wonderfully with a mournful, yearning atmosphere that sits perfectly with recent releases from the likes of Anna Von Hausswolff or Ulver. This is exemplified by The Valley, which closes the album with a nine-minute epic. Fuelled largely by Rundle’s melancholy voice – ‘Just another endless night falls around thee/Just another grey landscape to face’ – and ethereal guitar, the ghostly howls of violin and half-heard voices shimmer between and through the song’s core until, like a wave breaking, the full force of the collaboration’s membership rise up in fury.

I’ve seen reviews of this album where writers have talked about it feeling too long, or having too many parts that don’t quite mesh. I find it hard to understand this position. All I want to do once The Valley’s final notes of whispering violin fade into silence is loop back around to the start again. Fans of Rundle’s more delicate work might find Funck’s vocals abrasive at times, a fair criticism, but they are never incongruous or gratuitous. There’s nothing in this record that doesn’t absolutely need to be here, deployed absolutely when it’s needed, to create ebbs and flows of tension and release.

May Our Chambers Be Full is the work of musicians excelling at their craft to create something sublime, something that exceeds beyond all possible expectations of their already-impressive component parts. To call this album of the year is to do it a disservice. 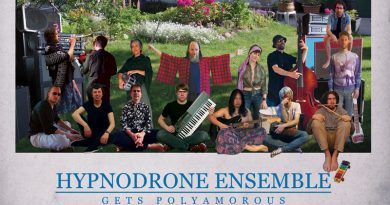 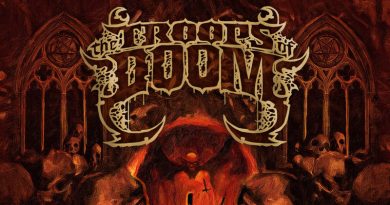