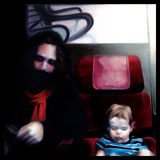 In his nearly two-decade-long career, Efrim Menuck has distinguished himself as an innovative musician whose work with Godspeed You! Black Emperor and Thee Silver Mt. Zion has, at times, led the post-rock movement and inspired countless imitators. In those bands Menuck always managed to maintain a certain degree of anonymity and mystery, allowing us as listeners to disregard any sense of musical ego or individual personality in favour of enjoying the group effort of Menuck and his band members. On the contrary, Plays “High Gospel”, his first solo album, is perhaps the first chance we’ve had to examine Menuck’s own personal sensibilities completely on his own terms.

And the subject matter on the album indicates that Menuck is welcoming us into his world with open arms as he celebrates his Montreal neighbourhood (“Our Lady of Parc Extension and Her Munificent Sorrows”), remembers his lost friends (“Kaddish for Chesnutt”, an ode to his sometime collaborator Vic Chesnutt) and experiences fatherhood for the first time (“I Am No Longer a Motherless Child”).

Opening song “Our Lady of Parc Extension and Her Munificent Sorrows” features a life-affirming multiple-part harmony floating atop a gorgeous sea of droaning guitar feedback. This constant drone bleeds into “A 12-Pt. Program for Keep on Keepin’ On” but here it takes on a more menacing tone, lying underneath the creeping bassline and the layers of overlapping vocals before ending on a manic note with feedback and frenetic drumbeats.

“August Four, Year-of-Our-Lord Blues” is a gorgeous, instrumental ditty that will be familiar to fans of Menuck’s other projects. Likewise, “Heaven’s Engine is a Dusty Ol’ Bellows” starts the second half of the album in atmospheric fashion with a high gain guitar drenched in tremolo and reverb over the recurring bed of droning guitar. “Chickadees’ Roar, Pt. 2” is a haunting collage of screeching strings and a distant, echoing melody. All songs sound like staples of Menuck’s previous work but in the context of this album the overall effect makes the songs feel more intimate, gives them a meaning that the song titles may never reveal to us listeners.

“Kaddish for Chesnutt” is, as the title suggests, a commemorative prayer for Vic Chesnutt, the partially paralyzed cult singer-songwriter whom Menuck had played with on two of his albums. Perhaps the most emotional song on the album, it’s also the song where Menuck’s uses his less as an instrument and more as an actual tool for delivering his personal message. The results are heartbreaking and beautiful and at times it sounds like Menuck’s voice is ready to break with emotion.

Album closer “I Am No Longer a Motherless Child” starts with a lengthy sole guitar part before tapes loop in and Menuck begins to sing the song’s mantra: “Look at my boy/ Look at his smile/ I am no longer a motherless child.” The layers build up, more harmonies are laid atop one another, an infectious drum beat kicks in, a guitar plays a lilting solo, strings swell and all is well in the world. It’s as beautiful an end to the album as you would have expected from the man.

Plays “Holy Gospel” might not be the kind of album that fans of Godspeed You! Black Emperor and Silver Mt. Zion were expecting from Menuck; perhaps they might not have expected him to produce an album that is quite so straight-forward and direct. But the album definitely fits into his body of work and it really is quite an accomplishment as it feels like Menuck is taking us on an emotional journey through a few eventful years in his life, something that many songwriters are unable to do. What’s more he does this without relying on telling the story with lyrics (indeed most of the lyrics on the album are obscured by noise) but instead creates moods and suggests emotions through the album’s soundscapes and musical collages. One can sense the joy in the opening and closing songs, the sadness in the ode to his lost friend and in between it all there are moments of mixed emotion. “Heavy Calls & Hospital Blues” is a sad piano ballad that features the ambiguous lyric “Your pretty daughter’s sleeping/There’s beauty in this world” for example. Likewise, the various sound collages are certain to suggest different things to each listener. This is by no means an easy listen but it will draw you in to a very personal story. 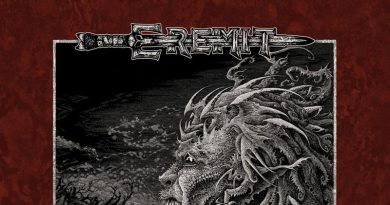 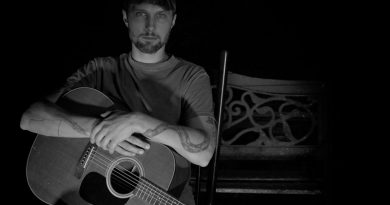