It’s almost a whole 25 years since a teenage me stumbled up a rickety stairs in Dublin to have my head blown off my shoulders by US hardcore legends Dropdead. They blazed through a tiny pub attic where it felt like the floor might give way at any minute. It was terrifying, exhilarating and absolutely life changing.

Since then there’s been a volley of splits, EPs, tours that have traversed the world, one stolen van and one serious motorcycle accident that left vocalist Bob Otis in a serious condition (he’s thankfully recovered), and now Dropdead have finally given the world this third album. It’s clear they’re still the same old Dropdead, just that little bit more refined, and at the peak of their powers after nearly 30 years. Comfortingly familiar as that might feel through familiarity, their rage is no less tangible than the day they started.

Dropdead are like Godzilla. In a time of crisis they emerge from the depths to do battle against the forces threatening humanity…and yet leave an array of debris and destruction in their path. They’ve come a long way from their initial blast driven assault – particularly Otis whose vocals are not only more intelligible, but dare I say even occasionally tuneful nowadays – but their understanding of their hardcore musical heritage, and how the genre works, is nothing short of mastery. They’re craftsmen at taking an established genre and just showing you how it can still be done no frills style and have impact. The clear and punchy production, rather than clean up their dirtier edges, simply laser guides their rage.

They’re on fire musically, and the sense of urgency and protest that drives them is all over this. In short, they’re still utterly vital…

Directness and passion are the twin engines of Dropdead. Twenty three songs, twenty four minutes, no punches pulled but a whole lot of variety and nuance crammed into such a tiny space. You’ve got the blast beat driven whirlwinds (Bodies, Only Victims and the raging God Illusion to name a few). You’ve got moments of straight up anthemic hardcore, such as the gang chorus of Warfare State or the almost sing along Before The Fall.

Book Of Hate might be the highlight as it takes a different turn, starting with a knowing wink in the direction of the Dead Kennedy’s classic California Über Alles before building into a charging full speed detonator of a song. Let’s be honest, you don’t listen to this band for mid paced tempos, and when they’re in full flight, letting those old Japanese and Swedish flow, it really does hit you that they’re still top of the pile. Abbatoir Of Pain and Hail To The Emperor show up in the latter section of the album and are two highlights of absolute furious thrash.

Dropdead have of course always been a political band, and while their anti-government/anti-religious and pro-animal rights stances have been there since day one, this album comes at a time where their lyrics seem both incredibly prescient and pressing. Witness the rise in the awareness of veganism, the rapid rise of conservative Christian thinking in the US…and let’s not even mention that orange faced fuckwit, beyond saying that yes, to quote the band: ‘That man’s insane/he will destroy us all’ making this album in 2020 feeling like a statement of intent from them, rather than another punk band simply making yet another record.

They’re on fire musically, and the sense of urgency and protest that drives them is all over this. In short, they’re still utterly vital. 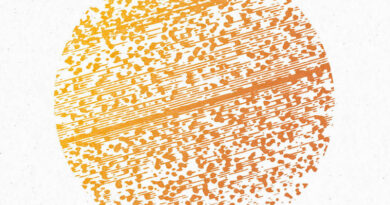