There is often much debate about modern Darkthrone vs classic Darkthrone, and whether one of the most important black metal, fuck it, METAL bands of all time have lost their way or have just found a new, equally golden vein to mine. Astral Fortress is the latest provision set out for us in this epic journey by two of the most important people in extreme music, and it is out now through the venerable Peaceville Records.

Opener Caravan Of Broken Ghosts is a slower paced piece that you may expect as a first salvo, but it completely owns the rich atmosphere it kicks up. Enmeshing itself once again within a blackened, doomy type of heavy metal with that unmistakable rasp, Fenriz and Nocturno Culto are as black metal as they ever have been; be it through their iconic serrated guitar tone, frosted snarls or an atmosphere that matches in spirit, if not in sound to their peerless classics of 92-94.

Impeccable Caverns Of Satan is a chameleonic black metal-turns-Cirith Ungol track, more of that classic doom that has been sneaking in since The Underground Resistance, and we even get some glorious synth work of Stalagmite Necklace, an appearance that would horrify many corpse painted hordes a few years ago, but now seems apt in the discography of a band who are becoming a little more self-referential, a little more epic almost.

Their sound never lacks grit or darkness, but there is a definite increase in scope here, particularly on the vast black/doom/heavy metal/prog rock The Sea Beneath The Seas Of The Sea. Remember when Nemtheanga did Twilight Of The Gods and took his grandiose darkness from Primordial and created something epic and yet still heavy? Well, we’re not quite there yet but Astral Fortress is a step closer to that than I thought it would be. We’re definitely deep into classic Celtic Frost territory here though, Nocturno‘s voice even sounds a little Tom G. Warrior-esque at times and the music could fit on To Mega Therion with very few changes.

Kevorkian Times is the most true black metal song here, a necrotic thrust of crust punk/d-beat riffs and snarling vocals that reminds you that there’s still a kick in the old dog yet, while the eerie interlude of Koboltn, West Of The Vast Forest could sit somewhere on a Deathspell Omega record and not seem out of place. Closing with Eon 2, a nod back to their ‘death metal’ debut Soulside Journey‘s final track and a deathly heavy metal stomper, if anyone ever tells you that modern Darkthrone isn’t as essential as their classic trilogy, they’re out of their fucking mind.

Is it the sound they helped form and pioneer? No, not really even close. Is it the sound of a band that has no right still being this relevant and excellent after over 30 years? Yes, it is. This ‘old metal’ approach that has characterised the band’s last decade or two has left tattered classics in its wake, and Astral Fortress is just as essential as anything Darkthrone have ever crafted into those deep frozen woods. We all live in the shadow of their horns, and we will never see their likes again when they are gone. 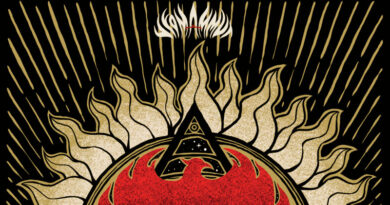