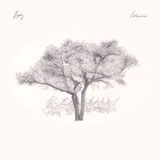 After last year’s full length debut ‘Born‘ Fayetteville’s Dying are back with a new EP and a new chapter in their development. Named, one presumes, as a sort of tribute to the state they hail from, ‘Arkansas’ is a four track snapshot of where members Andy, Beau Cousins and Autumn are currently getting their kicks from.

First off ‘Born‘ was an interesting piece of range finding from the band, incorporating soothing instrumentals, grimy punk grind and thrash savagery that took a kitchen sink approach to song writing that was at times a downright mess and yet also utterly captivating.

‘Arkansas’ on the other hand find the band in a more mature light having settled into more of a rhythm, the overall impression being that the band have found the direction they want to go in (for the moment) and are comfortable with the exploration.

Like ‘Born‘ the EP starts off on an understated note full of atmospheric noise, creeping guitar and unnerving whispered vocals, proof that clean and melodic can actually be far more sinister and unsettling than a raging inferno of blast beats and screams.

The track, entitled ‘Cherokee Bill‘, evolves out into a huge slab of doom menace with throaty vocals that recall ‘Through Silver In Blood’ era Neurosis with it’s towering slow riffage. Never ones to stand still for long, this in turn descends into a demented lurching, choppy groove that is part grind, part carnival vibe. The band may have focused their song writing skills this time out, but there is still the sense that they are straining at the leash and could go off the edge of sanity at any moment as guitar acrobatics collide with frenzied drumming and sublime melody.

‘Hell On The Boarder’ showcases the ability to write a tune to cut loose and bang heads to; borrowing from ‘Sabbath Bloody Sabbath’ the track rocks along like Clutch on crack backing up the fact that just because they are trying a few new tricks doesn’t mean to say that Dying have lost the ability to be as belligerent as the drunk who won’t leave the bar after last orders has been called.

‘Belle Starr’ is jammed full of potential from the off kilter guitar parts to the multi faceted sound that evolves from mid tempo rock to full on instrumental shoe gaze meandering, crammed full of beautiful harmonious melodies that are a far cry from the beginning of the EP yet alone the punch drunk punk of their debut album.

‘Reprise’ closes the release with the strains of the first track made more palatable, gentle and infused with melody, again showing the dexterity of the band members and the wide range of influences that made the first album such a challenging listen.

It is interesting to hear a band evolve in real time and Dying are very much a work in progress. There is no denying the talents or the ambition they possess and thematically there is a lot of common ground over the two releases so far, but you feel they are still finding their feet. When they do, it’s something you’ll kill to hear.