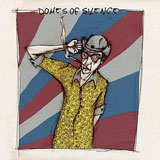 When I first encountered Domes Of Silence live a couple of years ago I was immediately struck by their marriage of fuzzy stoner guitars with some mesmeric, almost baggy like grooves. It was almost as if someone like the Stone Roses or Primal Scream had been pumped full of Kyuss. I made a mental note then to keep an eye on them.

So here we are two years down the line and with one line-up change, serious illness and a previous digitally released EP, the awesome “Temple of the Wasp” under their belts Domes of Silence hit us with their latest and greatest piece of aural candy.

Since that first fateful encounter the band have toughened up their sound and now deliver a tighter, leaner mix of razor sharp fuzzed out guitars and concise song writing. Lead off track “Hunter ST”, a tribute to the great Hunter S Thompson if you hadn’t figured that out, is by far the finest tune I have heard so far from these guys as it drives along on a cheeky verse that simply explodes into a massive chorus. Previously I have described vocalist Sean as sounding like the love child of Iggy Pop and Jim Morrison as he delivers a most un stoner like croon. Those elements are still in place but there’s also something new here in his deliberately enunciated style that brings to mind Justin Sullivan from New Model Army. Whatever Sean is doing and whoever his influences may be it’s working as this is easily the most confident and strident vocal performance from him yet.

Things get a little darker on the second track “EJM”. The tune is propelled along on a rolling cavalcade of tribal drumming and features a much sparser guitar arrangement than its predecessor. Not as immediate or catchy as the title track but if this was the only thing you’d ever heard by these guys it would still be head and shoulders above the rest of the pack. This drive-by-rocking of an EP is finished off with the killer blow of “Night Bus”. This shows the more visceral side of the band and possibly betrays some punk roots in their collective psyche as Sean delivers the track with a sardonic snarl.

Domes of Silence still claim allegiance to the stoner flag and, yes, the big assed guitars and fuck off grooves do plant a size nine boot firmly in that camp and tip a nod to bands such as Fu Manchu…etc but on this evidence there is a whole lot more that this band has to offer that the restraints of the stoner scene won’t be able to contain. This is simply a dazzling display of muscular heavy alternative rock that actually puts many so called stoner bands to shame. If Queens of the Stone Age grew some fucking gonads and stopped letting the ginger whiner sing they may possibly be able to dream of being Domes of Silence!!! 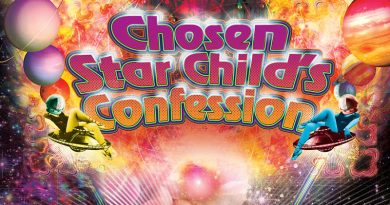 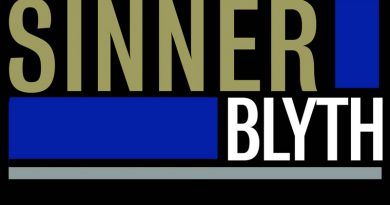