It is now twenty-six years since Inglewood, California’s Despise You made their vinyl debut on the split 7” with Suppression. And in all that time, there’s still no other band – and there have been literally thousands who have tried at this point – who have come close to sonically personifying the increasingly obsolete tag ‘power violence’.

Despise You weren’t just motivated by speed and heaviness the way all those imitators since have been; their entire sound was executed with an overwhelming infuriation that was their secret weapon. It’s the sound of people being driven mad by their own uncontrollable anger and self-loathing. Whatever the personalities that created it may have been like (by all accounts they’re lovely folks), the actual music had a meanness of spirit that elevated it far above the xWackyBandNamex and Joe Denunzio impressions. This music 26 years on, as it did then, still feels like the orchestrated sound of suddenly being jumped by a gang of thugs, beaten senseless, and then left to figure out what has happened while you wipe the blood off your face.

In their initial run, their backstory of being mysterious (possible) gang members who threw knives at their audience while playing backyard parties was, we now realise, an affectation and on paper sounds like a Brujeria style pisstake, but regardless of that fallacy, Despise You were master world builders.

Theirs is a total aesthetic, every aspect of the band built to convey, and emphasise, a very real rage and despair in the music, a sense of being trapped in a day-to-day cycle of violence, poverty, and disappointment. In many ways, they felt like the inverse of gangsta rap, mining similar themes but presenting them in an even starker way through the filter of hyper aggressive hardcore. With their penchant for Mary Ellen Mark photography and nods to Suicidal Tendencies’ gang/metal crossover imagery, they established a clear visual mood board. They built on the iconography of Infest’s black and white Time Magazine atrocity shows and the real-life grotesquery of early Carcass, and they made music that seemed like the logical midpoint between the two.

Low tuned, filthy guitars over impossibly fast drums, recorded in the most primitive fashion possible (usually a 4-track recorder I suspect). And there, at the centre of it all, were the absolutely livid vocals of Chris Elder and Lulu Hernandez, a pair whose delivery often made you feel like you were listening to an intense domestic argument from the other side of a paper thin wall. For a band so fast, they were seriously weighty, in all senses of the word. When a band opens a song with a line like ‘How does it fucking feel when all your friends have died?’, you’re either all in or you stay away. We talk about how fast and seething they were in delivery, but let’s not forget just how heavy this music also is.

Basically, Despise You‘s music was by the most fucked, for the most fucked, is what I’m saying. They were the absolute darkest side of 90s hardcore, rivalled perhaps only by the equally infamous Apt. 213. Caring Less is twenty-six seconds of the most extreme music humans can make with instruments, before lapsing into full on AC/7MON style noisecore. It’s the sound of people literally bursting with rage that can’t be contained.

There are in excess of 60 songs on West Side Horizons, and while they aren’t all quite as absolutely murderous as those twenty-six seconds, they’re not far off. Tough guy hardcore and neo-power violence bands (oh, hi Nails) use breakdowns that make people want to do that terrible spin kick/crowd kill mosh thing; the break downs in Lagrimas and No More…Feelings make you want to chuck cinder blocks off a bridge into the traffic, before assaulting a cop with a sledgehammer. It’s all as bleak as it is explosive; Thirty-One Days Of Rain is crushingly heavy in a way that rivals Dystopia or early Cattlepress, but more direct, less stoned. Look, they take on Possessed’s Burning In Hell and make the original sound like a weak piece of shit. What more could you want? Despise You are far more frightening than any death metal band after all.

If you’re hearing Despise You for the first time in 2021 well 1) I’ll be fucking amazed, because if you like this kind of music how have you not heard them and 2) modern day production values do not apply. This is not the polished, compressed neo-grindcore that’s currently tagged as ‘power violence’ on your download blog of choice. West Side Horizons is a document where the forefathers of the style – Neanderthal, Infest, No Comment and Capitalist Casualties – saw their musical progeny fully mutated into its’ ugliest form. This music has become a great deal more accepted in the past quarter century, ironically allowing DY to return to a much more receptive audience, and deservedly so, but listening to this now is a reminder of a time where this music was genuinely bad news, normally the province of those of us who felt alienated, even within the scene it came from.

There’s literally only one flaw in this collection – the exclusion of the Despise You tracks from the Possessed To Skate compilation, something I hoped this new reissue would rectify. Perhaps its’ because of rights issues, perhaps its’ because the recordings are lost, perhaps it might be down to some regret over the problematic and careless use of an anti-gay slur on a couple of the tracks (most notably the infamous Rage Of The Helpless), either way it does leave it a brief but important musical peak uncollected here. But a minor complaint. You’ll survive.

It is now twenty-six years since Inglewood CA’s Despise You made their vinyl debut. Twenty-six years. Here we are in a different century. West Side Horizons astonishing violence has not been diminished, or dulled, by time one iota and will now be reissued by Tankcrimes for a 6th August release. 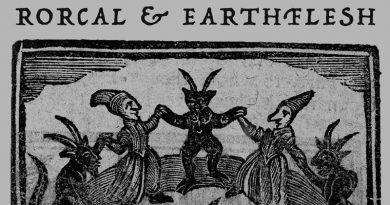