Crippled Black Phoenix (CPB) are brilliant at expressing profound anger and bitterness through their music. This latest release, Banefyre, is no different; it rages against injustice and cruelty through CBP’s signature proggy bleakness. Founder Justin Greaves said the album is based on the band’s values of ‘serv[ing] as the voice for the voiceless, whether it be animals, the unequal and the different.’

The opening track, Incantation For The Different, a spoken word monologue and a blueprint for the rest of the album, written and performed by guest Shane Bugbee, an artist and author. Bugbee criticises mainstream society’s fear of dreamers and the neurodivergent, referencing the Salem Witch Trials and Steve Jobs (‘That motherfucker didn’t warn us… it could get us killed’). The climax comes with the final lines, taking on the persona of Elijah McClain:

‘Shame on you says Elijah McClain.’ McClain was killed in police custody in 2019 in the United States, after being reported to the authorities for appearing to be ‘sketchy’. While Greaves’ point about serving as a ‘voice for the voiceless’ is wholly valid, this record is also about resenting the attitudes that give way to prejudice and violence. On Banefyre CBP are taking aim at the real world. Your real world.

Musically, this is a compelling record. It’s s more cinematic release than previous efforts. It’s slick. For a quick fix the title track, Bonefire, is a good place to start. It distils the best of this album and its themes very well with arguably some of the most powerful guitar work on the whole album. The lyrics are also on-point: ‘Working two jobs to make ends meet. Do you care? I think not.’ The band certainly own the tag ‘doom’, but this is doom found in the cold mundaneness of life, not through riff worship or psychedelic wizard imagery. A better representation would be through the kind of dark folklore found in the book Ghostland by Edward Parnell – which I believe one of the tracks on Banefyr is named after.

This release also features the band’s newest member Joel Segerstedt on vocals, joining Belinda Kordic. Segerstedt brings a third guitar into the mix, alongside Greaves and Andy Taylor, and it’s a welcome addition to the band’s trademark dismal crescendo and majestic melodies. And speaking of majesty, it wouldn’t be CBP without some epics and the longer tracks do not disappoint. The Scene Is A False Prophet begins with a single piano key before evolving into an anthemic track about the oppressive and depressing ‘scene’ (read: mainstream, perhaps?). Rose Of Jerico elegantly brings in brass instruments to build a grey and eerie atmosphere alongside David Gilmore-style bent notes, which seem colossal in the context of the track, alongside Kordic’s stellar vocals.

However, even for CBP this feels like a long album. The hopelessness of watching the world crumble could be compressed into fewer tracks. Each colossal track, by itself brilliant, loses some impact when it is followed by… another colossal track, that is by itself brilliant. Underneath the excellent video for Blackout 77 the band describe the album as a series of ‘tales and laments.’ To cover issues ranging from social injustice in the United States to the destruction of the UK’s ever-dwindling biodiversity is admirable.

This band does have a lot to say. On social media, they posted a statement saying: ‘Only an idiot doesn’t appreciate our natural world’, which is hard to disagree with, but it makes for a nebulous listen thematically when combined with the other ideas that are not always musically that distinct from one another, bar in name only.

That said, it takes a lot of vision to create a record like this. It might not please casual fans, but it’s definitely not one to skip. 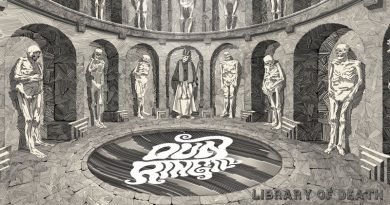 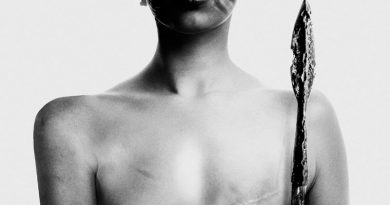