It’s a peculiarly British trait that musicians generally don’t write and perform songs about where they’re from. There are of course exceptions (would anyone want to live in Muswell Hill if it weren’t for The Kinks?), but if I were to tell you that Crawl Below’s new album was a concept piece about Norwich in Norfolk, then I’m pretty sure that 95% of you would stop reading immediately as songs about mustard and Delia Smith just aren’t that intriguing. Thankfully Crawl Below’s 9 Mile Square is dedicated to exploring the history and myths of Norwich, Connecticut, so we can all breathe a sigh of relief.

Crawl Below is actually a one-man studio project from Charlie Sad Eyes, whose previous albums have sounded nothing like this, so it’s perhaps surprising that 9 Mile Square is birthed as such a cohesive piece of work. I should however place a warning marker before we go any further – this isn’t doom metal – this is about as far away from Candlemass as you can get.

My first listen brought to mind the lyrical style of Red House Painters and strangely the melodicism of 90s alt-rock favourites Buffalo Tom. If I were to compare this album to more traditional Shaman-fare, then I would point you towards the mighty 40 Watt Sun. However, whereas 40 Watt Sun come to their mournful distorted epics very clearly by way of metal, Crawl Below have arrived in a similar spot but by way of shoegaze and bands such as The Cure.

Personally speaking, the idea of a concept album about where someone is from really attracts me – writing effectively about your local experience almost always has a resonance with other people in a far deeper way than if you’d contrived to write about some universal truth. The resulting tales cover everything from local landmarks to events from the revolutionary war. They’re relatively simple on the face of it but provide enough room for interpretation; I can see the young and impressionable amongst us really taking some of these songs to heart. Job well done on the lyrical front then!

Crawl Below’s tribute to their home town might just strike the perfect note for a significant number of people, me included…

From a musical perspective, this is an album that doesn’t have a huge variety of tone or pace, which might be a negative if you’re someone who primarily listens to music as a soundtrack to doing something else, but if you give it the time and attention it deserves, then that same lack of variety actually serves to maintain your engagement, and of course it suits the pathos of the lyrics perfectly. The guitar tones occasionally switch from distorted to clean, and the vocals vary between a controlled croon and an effective falsetto, but other than that 9 Mile Square contains six tracks that are stylistically very similar.

It could be said that all of the bands that I mentioned at the top of this review are one-trick ponies, but they also happen to be some people’s favourite acts ever (teenage David spent many an evening weeping along to Red House Painters, and more recently I’d say 40 Watt Sun’s debut is pretty much my favourite album of the last decade), so this commitment to a style and an emotional colour is a positive in my view. Also, the album is only thirty-five minutes long, so if you can’t concentrate on one style of music for that long you’ve got problems far greater than I could comment on here!

My guess is that this release will divide opinion quite starkly. Group One will say ‘it ain’t metal so bin it’, Group Two will say ‘is this all just one long and quite dull song?’, but for Group Three we may very well have an album that will stick with them for the long-term.

You can’t please all the people all the time, but Crawl Below’s tribute to their home town might just strike the perfect note for a significant number of people, me included. 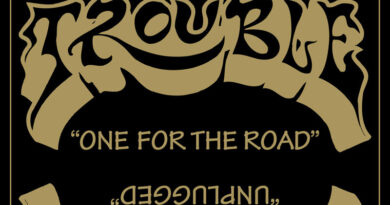 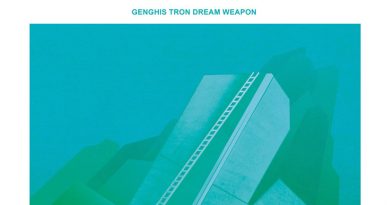