Legendarily prolific Japanese death/doom lords Coffins have returned with their first full length record since 2013’s The Fleshland, but they haven’t been quiet. Lots of splits and EPs have filled the gap, but there’s nothing quite like a full length Coffins record. Beyond The Circular Demise was released on the 20th of September through Relapse Records and looks to be another record of superlative quality.

I’ve followed these guys since their superlative 2008 record Buried Death and they’ve rarely disappointed. Immediately grinding out a nasty, Swedeath riff in the opener Terminate By Own Prophecy, the guttural death growls belching untold blasphemies. The doom is strong in the crush of The Tranquil End, but it neither overshadows nor gets lost in the crunchy death metal. Coffins balance the two genres perfectly, making the transitions from savagery to imperious, monstrous riff feel so natural. And the doom comes with churning intensity, with the monolithic opening riffs to Impuritious Minds being an immediate standout but not the only one.

Beyond The Circular Demise is yet another exhibit in their gallery of gore, death and rumbling decay.

What I’ve always enjoyed about Coffins is that their brand of death/doom has never been the vast, clean doom riffs layered with brutal growls. They have always felt like a true amalgamation of nasty, raw death metal and the crushing nihilism of someone like Winter or Burning Witch. Their music has never seemed majestic or imperious; it feels like a true musical representation of death and decay. The gut wrenching weight of Gateways To Dystopia possessing aching riffs, while the savage growl of Hour of Execution maintains that nasty edge.

Coffins have created an art form out of this style of music. Beyond The Circular Demise is yet another exhibit in their gallery of gore, death and rumbling decay. Lots of bands claim to make music that feels like the end of the world. Coffins actually do it, and while their tectonic riffs help our dying planet on its way we can all bathe in the glory of it. All hail visceral, toxic, TRUE death/doom. 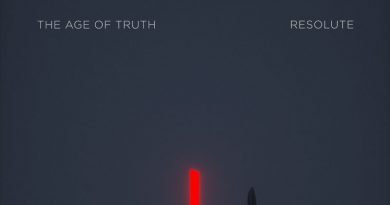