There is little debate as to the fact that the Maryland rockers, now quietly celebrating 30 years of existence, have passed beyond the realms of cult band and into the vaulted position of institution.

Over the course of their enduring longevity, they have morphed seemingly with ease from the sludgy, stoner and hardcore rock that defined their Transnational Speedway debut to leftfield blues with the likes of Robot Hive/Exodus and even dabbled in prog laced exploration.

Having settled into a rich vein of sound that has come to define them since the mid-2000s they have continued to explore their sound, adding flavours and nuances that play with softer or heavier motifs as the mood has taken them. Not to mention ripping up the road and establishing themselves as one of the most hard-working outfits around with their line-up of Neil Fallon (vocals), Tim Sult (guitar), Dan Maines (bass) and Jean-Paul Gaster (drums) never wavering.

As with all such long serving careers, opinion will rage over the favourited iteration of their sound; the punks and stoners will prefer the likes of A Shogun Named Marcus and Spacegrass, some will like The Elephant Riders or Pure Rock Fury and others will proclaim each last release their greatest. The fact is that Clutch have musically transcended the ability to put out a bad album (and in fairness never have), it is more a case of if something fits your mood when you first hear it.

Their thirteenth studio effort, Sunrise On Slaughter Beach comes after the sprawling Book Of Bad Decisions all the way back in 2018 and has been separated by some sort of global event that according to Sult was originally conceived as an upbeat response that would mirror the energetic Earth Rocker. However somewhere along the way that plan came unravelled and Sunrise On Slaughter Beach is actually a far moodier affair that hits a little different to the feel of their recent run of albums.

Not that you would think that as the brash swagger of Red Alert (Boss Metal Zone) forces its way out of the garbled beginning. Opening with a speed rush guaranteed to set alight the live show, the band rip into an up-tempo number that references Blade Runner, distortion pedals and all manner of subject matter as Fallon bug-eyed spews cerebral lyrics continuing his one-man mission to educate the masses.

The shift comes almost immediately though as the, kind of title track, Slaughter Beach rolls in on a majestic slow groove with bass stabs and guitar runs. Fallon once more is like an evangelical preacher and by the time the band reach the towering chorus as he calls out ‘economic casualties’ and ‘blue blooded freaks’, they prove once again that, despite expensive VIP packages, the band know their core audience is the working class.

The third track Mountain Of Bone begins a trilogy of tracks that wrestle for the title of my favourite and where the darker feel takes hold, despite lyrics referencing ‘rolling a twenty sided die’. As ever the musicianship is slick and tight; the pulsing, hypnotic feel of the rhythm section and the mesmerising guitars toy with you as Fallon proves why he is one of the finest rock vocalists around.

the pulsing, hypnotic feel of the rhythm section and the mesmerising guitars toy with you as Fallon proves why he is one of the finest rock vocalists around…

Nosferatu Madre has a deceptive stomp over the tumbling sound leading to a gospel like chorus that has you shaking your head and reaching to the sky in proclamation. As I hinted at early, by this point, and there is at least one on every album, the church of Clutch is now in session. Mercy Brown has the same effect and almost feels like a continuation of the previous track when the chorus, again complete with female backing vocals, takes hold. The lead up this time is over a sinister sounding swing which lends space for the notes to ring and slow the tempo making the crescendo that much more impactful.

After this sombre trio, the album picks up with the solid blues workout of We Strive For Excellence. A blood pumping number which talks about BMX bikes and features more of the lyrical dexterity that only Clutch can muster, invoking safer ground before Skeletons On Mars, a sure fire future deep cut, takes this punk pace and adds psychedelic flavours to give the listener a sci-fi journey complete with dizzying instrumentals.

The rock and roll party continues on Three Golden Horns; after the creeping sounds masking an urgent high hat tattoo, the band barrel into a classic Clutch standard with bass heavy verses that lay the groundwork for the preposterous earworm hook of ‘Jazz music corrupts our youth’.

Finishing the slimmed down nine track album is the introspective and downbeat Jackhammer Our Names. Plodding and dense with toms and other worldly atmospherics, they sign off with a tale of the glory of youth and the impending march of time and erosion of achievement. Haunting and juxtaposed it ends this strangely engaging album with a somewhat muted feel, leaving an aching on a spiritual level.

The number 13 has always carried with it many connotations and I am sure Clutch are aware of that. Having carried themselves over the last few years with streaming shows and all manner of attempts to continue doing what they so dearly love, it was clear that they wouldn’t just deliver ‘another Clutch album’ if such a thing exists.

To some, the band may have reached AC/DC like levels of consistency, but it is impossible to argue that the last couple of albums sound alike if you more than scratch the surface and Sunrise On Slaughter Beach is no exception. Strangely focused and throwing you more than a few curveballs, they might not have made the album they expected to, but they have not remotely deviated from their ability to morph and engage with the world around them, creating vital music that cements their legacy as an incredibly vital band. 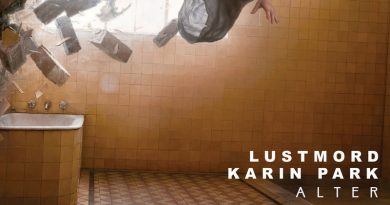