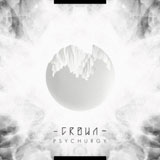 The more avid amongst you may well remember my rather enthusiastic review of CROWN‘s debut EP, The One, back in June of last year and how I ended it speculating on exactly how good CROWN were going to be a couple of recordings down the line.

Well, I’m no longer wondering. Following on from their split EP with ST Valley of last November, the duo of S.A (guitars and vocals) and P.G (guitars and machinery) have unleashed their debut full-length recording upon the world at large, via the good folks at Candlelight who clearly know a good thing when it roundly beats them about the ears with fists of granite.

Psychurgy is at once a refining of the sound found on The One and the split and an enlarging of it. The hulking sense of menace wrought by the colossal guitar sound  is more so, as is the ambient shimmer that threads through the entirety of their sound, creating a sheen, weight and depth that goes far beyond something ordinarily achievable by two men, 16 guitar strings and a laptop.

Opening with the oppressive rumble of ‘Psychokinesy I’, the distant voice of Aleister Crowley, the Great Beast himself, buried beneath the ambient murk, CROWN ease us in gently before dropping the bomb that is the lumbering, metallic swarm of razor-edged guitar clang that opens ‘Abyss’. Dropping down to build the tension, S.A’s subtly effected droning vocals add a cold, inhuman edge to proceedings until the sky-scraping guitars bludgeon their way back in, crushing skulls and ramping up the sense of barely-restrained aggression. S.A’s delayed roar adds further bulk to the track, as if that were needed, bringing in a familiar edge to those accustomed to the EP.

‘Blood Runs’ is a throbbing chugger that pounds along on an industrial rhythm like that of an AT-AT across snowy Hoth, broken up by a decidedly psychedelic middle-eight shot through with processed guitars that sound like organs and a snaking eastern-sounding guitar part that also manages to snake its way into the next track, the moody slow-burning epic ‘Empress Hierophant’.

Keeping the dark mood set by the previous track, ‘Serpent And Fire’ has a Joy Division feel to its industrial melancholy, at least until the hulking great guitars muscle their way in halfway through and the encroaching threat becomes all-too present, given further weight by S.A.s barking croak.

Old Crow, To Mega Therion, makes a return during ‘Psychokinesy II’, his nasal, creaking voice projecting across the years with a reading of his poem At Sea, barely audible below ambient quake and leading into ‘Telepath’, wherein things take a more downbeat electronic path with S.A’s computerised and vocodered voice sitting atop 8-bit hi-hat sounds and treated guitars, all shot through with that by-now-familiar snaking guitar part. Next track, ‘We Will Crush The Open Sky’ welds some of the more electronic sound palette to the monstrous guitars and inhuman roar of the more ‘straightforward’ material to great effect, creating a truly epic sound that really takes full advantage of the massive low end generated by S.A and P.G’s 8-string guitars – much more so than the average ‘Djent’ band of the type generally associated with the instruments.

Into the final pair of tracks now and ‘Psychurgy‘ itself smashes straight in with the planet-sized sound of the 8-string, grinding out low-end theory up against the hissing atmospheric treatments of P.G’s machinery before dropping right down into wind-swept abyssal minimalism, lead-heavy trudge and some seriously throat-shredding vocals from S.A.

Which leaves only closing number ‘Alpha Omega’ to throw a truly unexpected curveball and flay us alive with a spot of full-on Black Metallic windstorm-style blastbeating and icy whirlwinds of razor-sharp guitar, ala Immortal.

After the pace of what came before, this works as a real shock to the system, even when followed by ugly atonal Khanate-style hanging chords and a slight return to the chugging early-Isis-ism of earlier CROWN days.

The level of progression and sophistication shown by CROWN here really is testament to the idea of knowing your limitations and exceeding them. That two men can make such dynamic, textural and devastating sounds working only within the limits set to them by a pair of guitars, some effects pedals and a touch of computer magic really does encapsulate everything that is great and vital about heavy music in the current age.

Where some of their peers – some of whom had the ‘advantage’ of having a full band at their disposal – managed to stagnate very quickly and easily, churning out uninspired variations on the same old same old, CROWN have shown that across the span of an EP and a full-length, alchemical magic can be wrought from the most minimal of materials and everything can be improved upon by the truly creative mind.

CROWN clearly have so much more to show us. 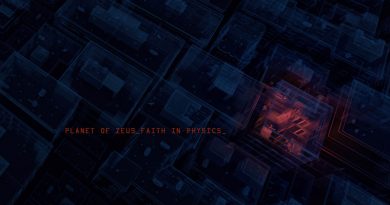