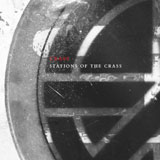 Coming hard on the heels of the reissue of the Crass debut, “Feeding Of The Five Thousand”, the Crassical collection of remasters throws up the classic second album, “Stations of the Crass”. If you want a quick history lesson as to why Crass were so pivotal and vital in the punk movement in Britain then go back and read the review on this very site of that first album, for here we’ll concentrate on this exceptional package.

With this latest reissue it becomes apparent that there is a stylistic theme that will run through the whole series. Outwardly this is almost indistinguishable from the first album but it has been given the same level of care, love and attention. Incorporating a scaled down version of the original sleeve, G’Sus has also created a whole new package featuring obscure photos, new artwork that remains completely in keeping with the original work (and no less disturbing!!!) and, once again we are treated to the album’s genesis from both Steve Ignorant and Penny Rimbaud showing the creative push and pull that sparked the band. Ignorant is the edgy punk on the streets whilst Rimbaud is the band’s intellectual core…the Ying and Yang that gave the band its aggression and brains. Just for the packaging alone, even if you own the original album this is worth buying and treasuring.

Musically, there is an element of business as usual from the first album. Ignorant’s vocals still spit and sneer with youthful venom. The guitars remain abrasive and corrosive like an angle grinder to the senses while Rimbaud’s militaristic, skittering rhythms propel the songs on their spasmodic journeys. As much as things remain familiar, there is a marked progression in the band’s approach to music from their debut. The time spent playing, living and touring together obviously saw the band gel into a far tighter, more cohesive and experimental unit. Whereas most punk bands of the time were content to hammer away at simplistic chord structures and sing-along choruses that kept one eye on the charts, Crass were more concerned with pushing their musical boundaries into new areas. The strong growing influence of reggae at the time is prevalent throughout in many of the fractured bass lines and staccato guitars, particularly on the Clash baiting “White Punks On Hope” and “Walls”, if you listen very carefully, actually tips its hat to the disco boom of the late 70’s. Don’t be alarmed though, Donna Summer this ain’t!!!! Regardless of the more complex song structures the band were exploring the subtle cultural and musical influences that were creeping in, the Crass sound remained as barbed and scathing as ever. Even on a track such as “I Ain’t Thick, It’s Just A Trick” which seems to follow a more traditional punk route, with it’s shout along chorus and blasting energy, Crass don’t seem to play fully by the established punk rules…and surely that’s what a leader and innovator does isn’t it?

Perhaps the real beauty of these new reissues, aside from the vastly improved sound quality, the exceptional packaging and the fact that in 30 years politics has gone nowhere and these songs are still, sadly, as relevant as the day they were committed to tape, is the fact that we are actually able to chart the band’s musical development. History has made much of the bands image and their political stance has since overshadowed their musical output in many ways, so it is easy to forget that this was a highly creative and innovative band for whom the music was clearly an important factor. The sleeve notes bear witness to this as we read about Rimbaud’s almost dictatorial approach to achieving musical perfection. Listen once and you may focus on Ignorant’s untutored snarl or the “car scraping along a barrier” style guitars but listen deeper and there is a wealth of ideas and invention at play here to which later noise/post hardcore/post rock/ambient…etc bands may knowingly or unwittingly pay a huge debt. For any self respecting punk rocker and for any self respecting lover of music that stretches beyond the boundaries of normally accepted forms, this, along with its predecessor is an essential must-have. Bring on the “Penis Envy”!!!! 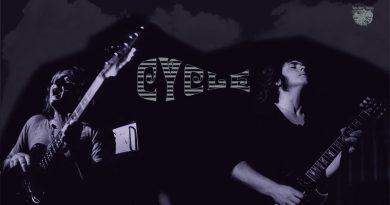 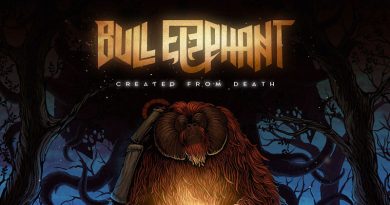