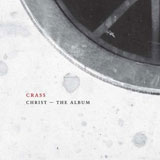 Hot on the heels of the first 3 of Crass’s reissue series, known as the Crassical Collection, comes their 1982 magnum opus “Christ The Album”. Like its predecessors, “The Feeding Of the 5000”, “Stations Of the Crass” and “Penis Envy” it comes complete with lavish packaging that marries up Gee Voucher’s original stark imagery with newly created graphics and adds a completist enticing collection of additional tracks.

By 1981, Crass were riding the crest of a wave, their albums were hitting the charts, gigs were selling and and possibly more importantly, they were ruffling some very significant political feathers. When it came time to create their 4th album they decided, rather than knocking the music out in the space of a couple of weeks, they would go all Genesis and concentrate on creating a strong artistic statement. And so it was that “Christ The Album” ended up taking 6 months to create and on completion, several more months to reach the public domain. For a band that prided themselves on being at the cutting edge of the political arena this proved to be a disastrous decision. In the relative eternity it took the band to record and release the album, Margaret Thatcher had countered an Argentine invasion of the Falkland Islands and in the process sent hundreds of young men to be killed, mutilated and mentally scarred. The album landed with no mention of it whatsoever and for the first time Crass seemed out of step with the political climate. To their credit Crass hastily knocked out 2 singles, “How Does It Feel To be The mother Of A Thousand Dead” and “Sheep Farming In The Falklands” in response to the atrocities but it did seem as though Crass had possibly put their art before their principals.

30 years on, however, the passage of time allows us to look at the album as an artistic statement. The big question is, did the extra time and effort spent on its creation pay off? In some respects it did. The album has a sound that drastically improves on their previous work which could often sound thin and, dare I say it, amateurish. The drums have far greater weight and the guitars finally sound as though they’re being played through quality amplifiers as opposed to cheap Woolworths practice amps. Pete Wright’s (or in this case Sybil Right) bass, always a musical motivator in the Crass camp, remains to the fore and driving the melody of the songs where the guitars may descend into dissonant experimentalism.

Having come from a free jazz background in the early 70’s, drummer Penny Rimbaud appears to steer the group into more eclectic areas on many of the tracks as structures shift away from traditional song writing norms and noise replaces melody at many intervals, particularly on the earlier tracks on the album which can prove challenging to the listeners. On tracks such as “Reality Whitewash”, the experimentalism pays off as lush synthesised strings add an extra dimension to the Crass bluster. Elsewhere layered tribal drums and extraneous noises show the band far more at home in the recording studio than they sounded on previous recordings. As the album progresses it seems more like business as usual for Crass as the straight ahead punk rants that made their reputation are allowed to show their faces…and come as a welcome breath of fresh air.

Possibly as interesting, and in some ways more so than the main album, is the second disc of the package, “Well Forked But Not Dead”. This is a collection of tracks taken from a gig at the 100 Club in London in June 1981 as well as studio out takes blended together with sound bites taken from political figures as well as the band themselves. Hearing Crass on stage shows that the band were certainly no random noise generators as they blast through several selections from their back catalogue with fire and fury, not to mention a high degree of musical competence that belies their seemingly random approach. This, more so than the studio album, shows that Crass were a serious musical force to be reckoned with and, as Crass live recordings are rare, should be cherished.

Taken in comparison with the previous three albums, “Christ the Album” has lost some of the shine from its once glittering blade. What the band intended as their artistic and political triumph was blunted by their own self absorption. That’s not to say it isn’t a very fine album in its own right and had it appeared first or second in their career would have claimed the crown of punk. The band seemed aware of this and future recordings were created with a ferocious speed and urgency but “Christ…” remains something of an anomaly in their discography. 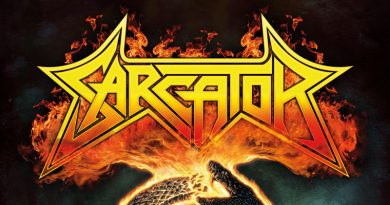