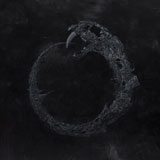 In case you are not familiar with Coffinworm, the band plays a lethal blend of ugly death metal, sludge, doom and black metal. They don`t fuck about and take no prisoners, so don`t say I didn`t warn you!

Opening track ‘Sympathectomy’ starts off with a groove only later era Entombed could produce and as the song goes on the riffing gradually gets heavier and more disgusting. The sound is so filthy and disgusting that one might get infections in strange places after listening to this. As the track proceeds the tempo decreases and an eerie quality falls over the music. The atmosphere becomes truly claustrophobic and harrowing.

Next up is ‘Instant Death Syndrome’. A twisting riff leads us into a fatal groove that numbs us down before a barrage of faster drums pound us into submission. Of course the track slows down, for these high speeds are not the main aim here. No, Coffinworm wants you to die slowly, like a vice closing a bit tighter every minute.

‘Black Tears’ starts off with a brooding riff, making the listener feel like a predator is lurking just out of sight, ready to pounce at any given moment. Here doomed melodies float over the desolate heaviness. But you just know that the moment will come when that ungodly beast that has you in its sights will jump out and tear you to bits. Slowly you begin plotting your escape, picking up the pace, not running but trying to get away from the monster. You turn your head and scream with terror, for you have beheld the creature that has come for you.

In ‘Lust vs. Vengeance’ you are in its claws. Like a cat playing with a small bird the Coffinworm repeatedly hits you with a riff that is a heavier down tuned version of old Darkthrone. There is also a strong influence of Celtic Frost`s last album noticeable here.

We roll onward to ‘Of Eating Disorders And Restraining Orders’. Here filthy sludge is spewed forth, supported by ugly electronics. The groove is like a rolling Abrahams tank and I can imagine necks snapping under the sheer weight of it. Things slow down again to a most vile riff, with the vocals even more vicious and demented than before. This album just keeps getting more and more unbearable. Glorious filth, holy death, divine madness, it is all present here. These guys must truly hate all living things.

With ‘A Death Sentence Called Life’ we have reached the end of the album. It starts off with a blast beat and some extremely nasty riffing befitting the most horrid black metal bands. This is the moment that the vice I mentioned earlier has closed all the way and every bone in your body is crushed, nay, shattered! The black riffs are then replaced for some pure Autopsy worship, if Autopsy were tuned this low. Then a hateful burst of black metal befalls us once again. This takes us to the end, the end of the album and the end of this torture.

‘IV.I.VIII’ is not an album for the faint of heart or for the casual listener. It is a weapon of mass destruction and should be approached with extreme caution! 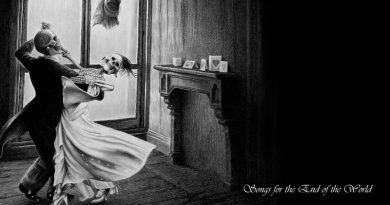 Review: All Souls ‘Songs For The End Of The World’