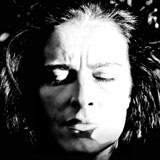 Do you remember that track by Stillborn on the first Dark Passages comp on Rise Above, ‘Permanent Solution’?

That was totally the first thing that went through my mind upon first listening to Dead Rising, well, that, and how much vocalist Magus Corvus sounds simultaneously a bit drunk and also rather reminiscent of how James Hetfield’s voice would sound if a Metallica 45 was played on 33. Odd.

Actually, speaking of Metallica, there’s definitely a trace amount of Black Album-era ‘tallica in the sound that Church of Void make, along with the afore-mentioned Stillborn, Shades Of God-era Paradise Lost and vastly underrated fellow Finns Babylon Whores.

Although the band self-apply the term Heavy Doom Metal to describe their sound, personally I would describe them squarely as Doom Rock. Thick and dark though their sound may be, for the most part and to my ears, sits more comfortably in the ‘rock’ section than the ‘metal’ section, really, and there’s a definite Goth edge to things.

If I’m painting a slightly unpalatable picture here, that is most probably because Dead Rising doesn’t quite gel for me. Across the eight tracks that make up the album, most of them follow a similar formula of taking a slower-end-of-midpaced big riff and battering it to death across the course of a track with occasional atmospheric interjections and textures to keep things from sounding too stale – most notably an abundance of those delayed melodic Gregor MacKintosh-style leads, pitched just beneath the main riff so as to not be too intrusive.

Despite some excellent moments, such as the heavily textural, grainy fuzz bass-wah in ‘Winter Is Coming’ and the sudden swerve into sun-bleached desert ambience during ‘Son Of A Witch’, the entire album is completely derailed by the monstrously misjudged train-crash that is the title track, ‘Dead Rising’. Swelling from slightly schmaltzy acoustic guitar picking and grating string swells, the track alternates between big chords and delicately chiming guitars with plodding bass, building to a darkly chugging chorus and eventually into a punky sound that gets faster and faster until it becomes some kind of frantic thrashed-out crossover riff which itself fades back into the acoustic guitars and string section of the intro again.

The music itself is cheesy enough without the contribution of vocalist Magus Corvus who adopts a voice pitched somewhere between the slurring, tipsy Hetfield-isms of elsewhere and some kind of odd Eddie Vedder impersonation. It really is just horrible.

For the latter half of the album, Corvus’ voice is treated with a metallic-sounding filter of some kind, which adds nothing and, in fact, manages to make it sound even less appealing than its natural tone. He just sounds dated, which, in turn, dates everything around him.

It’s not so much that Church Of Void are bad, they’re just uninspiring and, thanks to Corvus and a general lack of taste, dull and a little bit cringeworthy. Chalk it up to my dislike of the cheesier side of goth, maybe, but ‘Dead Rising‘ gets no kind or rise out of me at all. Sorry folks.