Benjamin Tod, frontman of the acclaimed country outfit Lost Dog Street Band has lived more in his 32 years on this rock than most of us. Having formed the band with his wife Ashley Mae in 2010 they have released seven albums that have seen them land in the top five on the Bluegrass Billboard chart with the seminal Weight Of A Trigger in 2019.

Well documented in the lyrical subject matter of those and his two previous solo albums, I Will Rise (2017) and A Heart Of Gold Is Hard To Find (2019) are the topics of his struggles with the bottle, heroin and relationships, most notably that of his marriage.

Over the course of his career, Tod has burned with a passionate drive to become as noted an artist as the late, great Townes Van Zandt and the inimitable Guy Clark. This drive, coupled with his own personal journey, has led to a noticeable shift in attitude over his output.

Now as he has announced that Lost Dog Street Band will cease touring due to a philosophical shift that has seen him want to switch his focus to more community based projects, writing his no doubt fascinating memoirs and possibly in no small part to the rigours it places on his nerve damaged hands as a result of his past drug abuse, he has released his much anticipated third solo effort, Songs I Swore I’d Never Sing.

Quite literally true to the title, the album is a collection of songs whose genesis spans the past decade that, for one reason or another, he has shied away from recording or performing due to the intimate and raw nature of the topics covered. A previous interview with Asley Mae basically stated that some of the songs Tod had written were too uncomfortable and personal, but as his closing statement on the Western AF video for final track The Paper And The Ink, Tod states the old soul the man has become believes the best way to live is to ‘live in truth’.

Recorded by Anti-Corporate main man Dan Emery with just a voice and a 1949 Gibson J-45, the ten tracks here find him digging over the past as he searches for his new found sense of direction and purpose. This collection is simply the most laid bare, even by his standards, that he has committed to tape and is through the journey in turns haunting, heart-breaking and full of beauty.

The subject matter is wide ranging and some of it will be familiar to the hardcore fans; Wyoming, for example, is an often requested fan favourite from Lost Dog Street Band’s second EP which was recorded with best friend Nicholas Rideout on banjo. Here it is dusted off, stripped down and every chord and word channelled through the filter of history.

Rideout’s presence dominates a large part of this album, Tod, understandably, is still deeply affected by his suicide in 2013 and on Still Search For You is pure naked grief that chokes you with its aching sense of loss and inability to move beyond suffering. The Paper And The Ink is written about the diary gifted to him from Rideout’s widow, which he only made four entries before his death, it remains one of Tod’s greatest inspirations to this day.

Benjamin Tod is one of the greatest modern songwriters, not just in country music, but in music as a whole…

Elsewhere Songs I Swore I’d Never Sing offers no real respite and Mercy Bark is another track that cuts you to the bone as he talks of having to put down his beloved dog and gives credence to the assertion that these songs should have only existed in his head, or on a scrap of paper.

Often we talk about the cathartic power of music, Tool’s Maynard James Keenan said of how he used his work to process and once it was recorded, he could move forward. With Songs I Swore I’d Never Sing you get the feeling that Tod needed to go through this to allow himself to address the past and move towards a new future.

On this album not only is the production incredibly clean, but he sounds somehow more mature, more self-assured despite the vulnerable subject matter. The sense of time resonates throughout, you can feel how urgent and how important it is for him to not only make his mark on music but also his life. The tender Tears Worth The Gold is an insight into the strain of the music industry on his marriage and weighing the worth of chasing glory or losing his soulmate.

There is the misconception that this stripped-down country music is simple, three chords and the truth, which couldn’t be further from the reality. The chord patterns, the picked notes dance with complexity and a dexterity that showcases his skills as a guitar player. Even beyond that is the abiding fact that, just because you can play a few patterns, it doesn’t mean to say you can string together music that complements the lyrics, sung in his distinctive, deep drawl, or mirror their naked beauty.

Proudly flying the Western AF banner, Tod has positioned himself as an artist against the machine. Given his disdain for the industry and a desire to connect with real people, this album is the truest statement he could have made and a definitive mark in the stone to cement a legacy that has unfolded before our eyes this past decade.

If Songs I Swore I’d Never Song doesn’t reduce you to tears at least once then you have a stronger constitution than I do. This is an album for all who have, and do, struggle to try and find the strength inside them to recognise their faults, rise up and carry on.

In my opinion, Benjamin Tod is one of the greatest modern songwriters, not just in country music, but in music as a whole, and to bastardise a quote from Steve Earle, I’ll stand on anyone’s coffee table in my battered Vans trainers and say that. 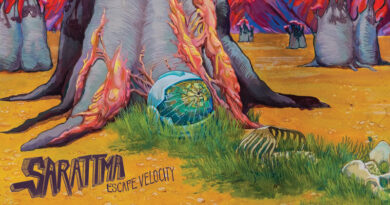