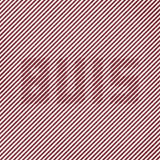 Hailing from The Netherlands, this 4-piece plays stoner doom, or if you want to be a bit psychedelic and spiritual about it “an omnipresent, all-permeating resonance of the transdimensional tunnel“.

The Self-Titled EP and its four tracks is not only stoner doom to my ears but also has hints of sludge. As half Dutch myself, although I only lived in The Netherlands for two years and that was ages ago, the language has slowly slipped from my memory and I was sure ‘Buis’ meant shotgun, rifle or such but man was I mistaken, as according to all the translation sites I’ve been to, it actually means ‘Tube’ in English. ‘Fistula’ also came up as a translation, so who knows; it could mean or stand for anything!

This EP is self-released and I sure think these guys deserve a contract with their dedication, their professional and original riffs, rhythms and sound in general, that hits you at once and just tells you these guys mean business. Very heavy and energetic in the mix makes it a hell of a release.

After a lot of digging and research about Buis I’ve come up almost empty handed. The information on their Bandcamp site is about all I could find, which is where you can also stream this EP and download it for free, but if you’re in your right mind, throw some Euro’s their way and buy it! The cover can also make anyone develop epilepsy in a heartbeat, so be warned, but the music more than makes up for it.

The opening track ‘Shadows In The Glass’ is such a heavy and bass driven song that builds up slowly to a ragging sludge filled stoner doom track with vocals that reminds me of Cronos from Venom of all bands, but it works, and works well.

There are clear vibes of traditional doom metal as well and the whole EP feels way longer than it is and I mean that in a very good way. A song can start as a slow sludge filled track, then evolve in to a full blown more energetic stoner song, all between 2.30 to 6.50 minutes and that alone is really impressive.

If this was just a taste of what’s coming and I’m very excited to hear a full length album from these guys in the future.