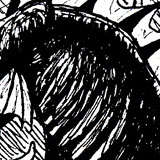 “It’s like Stonehenge… BUT MUSIC” is what the drunk, Italian pensioner said as he stood next to me watching Bismuth in Ashford’s Platform 5 bar. Nobody is going to come up with a better description of Bismuth than that; Bismuth are ‘like Stonehenge but music’ – they sound huge and heavy as hell – but they are from Nottingham, not Wiltshire. They are a bass and drums two-piece, and The Eternal Marshes – one continuous sixteen minute track of extremely slow, minimal, ultra heavy doom – is their first release. Joe plays drums and, as far as I’m aware, this is his first and only band. Tanya handles bass and vocals and is involved in numerous projects, including one-off noise collaborations and the instrumental stoner-doom four-piece Megalodoom. She was also the bassist in the now defunct Diet Pills, who were one of the UK’s heaviest and most interesting sludge bands; they played a sort of off-kilter, noise rock version of sludge, and they were always excellently loud live.

Bismuth play doom, but the sort of doom that is so slow and looming that it’s more drone at points; with huge bass chords ringing out until they’re swallowed by feedback, and protracted slides down the fretboard from one crushing note to an almost impossibly even lower one – the kind that people like to refer to as a “brown note”, one that could potentially make you lose control of your bowels. The music is underpinned by riffs, but Bismuth are preoccupied with excessive volume, vibration, and generally sounding as massive and vehement as possible. To that end, the bass sound on this recording is huge! Super low tuned bass guitar put through what sounds like about five big muff pedals and 3 valve amps makes for abominable volume and killer tone; there is absolutely no need for any (more) guitars. The drums are the most cymbal-heavy I think I’ve ever heard – furious sustained crash rolls give every prolonged bass note all the definition and length possible in the droney parts. There are some occasional fills and suspense tricks reminiscent of Boris’ slower material but when a riff locks in, the drums simply hammer it down with savage efficiency.

For all its sheer weight, Bismuth’s music has a jagged brutality to it that at times reminds me of Khanate, and the vocals here are just as torturously harsh as Alan Dubin’s, but sound more informed by genuine exasperation and anger compared to the sometimes slightly extreme-to-the-point-of-theatrical shades of Khanate’s vocal style. There’s even a quieter part in The Eternal Marshes around the halfway mark with soft, clean vocals that are eerily beautiful. This midway lull not only helps to break the continuous piece into three distinct parts, but makes the vast Neanderthal riff that closes the track even more punishing and brutish by comparison. The Eternal Marshes is uncompromisingly heavy by any standards, but the fact that just two people are making this noise is insane. This release is as well structured as it is flattening, and it boasts a great deal of originality. But all you really need to know is that it ‘sounds like Stonehenge but music’.

The tape of this release has long since sold out, but you can hear this devastating racket for free below and on Bismuth’s bandcamp page. 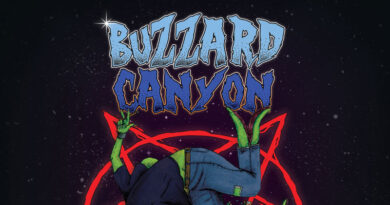 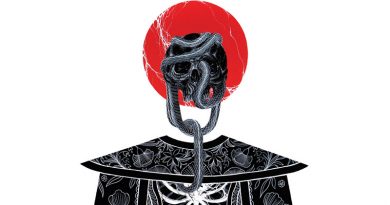