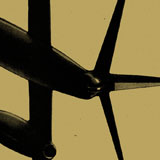 New Swans with a Cult of Luna-ish production and feel to it. That’s the review, let’s all go home!

Honestly, if that description excites you then just go and get this thing, but for those who insist on some more meat, very well: Bild are very very good at what they do, and what they do is sound like Gira’s band. Like, exactly so. From that similar sort of apocalyptic, folk-ish melody, the tendency to hit a clean guitar HARD as opposed to using distortion, that long form, “we’ve got plenty of time why rush things” approach to song writing. It’s all here, and it’s all very Swans-ish. But look, none of this is a bad thing – far better that Bild excel at a template already carved out than fail in an attempt to try something new. Innovation – it’s rather lame, generally.

Yeah, so not innovative, but still super cool so who cares. It’s very well composed and everything sits perfectly. The musicianship is excellent – none of the music in here is ‘technical’, but whether it’s the excellent guitar work – heaps of bends and whammy work, fantastic layering, a lot of expression in basically the same tone throughout the album, or the often busy and always fantastic drums, the band clearly know exactly what they’re doing. There’s a huge amount of electronics throughout too, sometimes all spaced out and surprising pretty,  just as often providing a rather intense, industrial vibe to accompany the rest of band as they beat the crap out of their instruments.

Good musicianship with the song writing to back it up. Bild do a pretty excellent job at mixing it up, and it’s an entertaining ride throughout – whether it’s a take on a sad, smokey Swans song complete with a very Gira-like baritone, like in the second track, or a more energetic, super rockin’ Swans song like ^^__******** , or the angry, shouty Swans song like the third track, /.++ (I didn’t make these song titles up!), it’s all super nailed and it’s all a real pleasure to listen too. Personally, I’d be pretty down with Bild just rocking out for as long as possible, but they’re just as good at the long build and the quieter moments. Happy days throughout.

Honestly, listening to it for the 6th time now, two things really stick out to me:

1) Holy shit man this sounds exactly like the Swans

2) I think this is actually a fair bit better than the new Swans …And I would consider that to be a fantastic compliment. This is a really good album, fellas, and if I’m enjoying it as much as I am now in four months, I can see this doing very well in my albums of the year list thingymabob. Artistic without ever getting pretentious, occasionally loud and vicious, sometimes delicate and atmospheric, full of energy and passion, Bild‘s OOBE is well worth a fair bit of your time.