Given the amount of new music I’ve been introduced to over the past year thanks to The Sleeping Shaman, I’d be forgiven (hopefully) for losing track of my favourite artists. Such is the case with the legendary James Plotkin, brainchild behind OLD, Kharnate, Phantomsmasher/Atomsmasher and Khlyst. He’s also an in demand producer/engineer who has worked with the likes of Electric Wizard, Jesu and John Carpenter and has remixed tracks for KK Null, Isis and Sunn O))). We Carry The Curse sees his second collaboration (following last year’s Pleasure Voltage) with experimental Norwegian musician Benjamin Finger.

Those who’ve been reading my reviews for the past year will have noted the importance of album art for me, and this one is no exception. It is by Katrin Berge and as with the rest of her work features a few common threads; these being that they all share surrealistic and naturalistic qualities, in this case, The Eye of Providence, headless children and moon/leaves etc, promising an intriguing listen. Opener Aspire To Expire at over ten minutes is, as the title implies, of a dark tone and theme, however it’s also stunningly beautiful. This proves even the bleakest sounding music can offer the listener a sense of cathartic reassurance, which this track does in spades.

We Carry The Curse at over twelve minutes is the longest track on the album, and one of two to feature the gorgeous cello work of Elling Finnanger Snøfugl who previously worked with Finger on three of his solo albums. It’s described in the promo notes as ‘an invitation to an introspective reckoning that will resonate in strikingly individual ways for each listener’. This for me is pretty accurate as it was quite an intense piece that disturbed me for a reason I couldn’t really understand, it also filled me with a sense of foreboding. One can argue that it did indeed resonate with me in a ‘strikingly individual way’ thereby achieving its aim. The track contains elements of post-rock ala Talk Talk on Spirit Of Eden and Laughing Stock as well as Godspeed You! Black Emperor/Thee Silver Mt. Zion Memorial Orchestra.

The Untold Wake is a piece that evokes the spirits of drone pioneer Klaus Schultz, as well as ambient maestro Brian Eno, and has an expansiveness that stretches all the way into the distant galaxies and beyond. I fell in love both with the sound and the sense of infinite wonder offered by it. The, by comparison, shorter number (at over eight and a half minutes) Bound Together, features a steady electronic crackle that’s akin to someone trying to tune in a radio. The track also features once again Elling’s cello, while the ambient drone sounds are certainly a lot more pronounced in their presence than on previous numbers, and threaten to envelope you in wave after steady wave. However just when you feel your life force is being sucked away once and for all into the ether, the track ends leaving you more than a little disorientated. This makes for a jarring but emotionally effective way to conclude the album.

We Carry The Curse is an encapsulation of beauty in an otherwise ugly world with moments that will both disturb and delight in equal measure. Fans of Ambient and Drone music will of course not be disappointed, but open-minded Metalheads would do well to seek this out. It may at times provide a pleasantly soothing diversion but there are enough moments of darkness to appeal to them too. 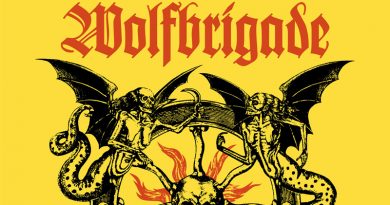 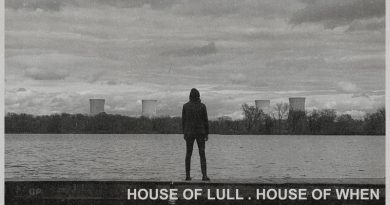 Review: Alexis Marshall ‘House Of Lull . House Of When’