A great band name can quip my curiosity pretty quickly. If it’s a great name, and the band is portrayed like this: ‘For fans of: Monorchid, McClusky, Jesus Lizard, RFTC, QOTSA, Hot Snakes, Motörhead, Replacements, Barkmarket’ (as described on Atom Driver’s Bandcamp page) then I’m on board.

New Jersey’s Atom Driver (told you it’s a great name!) came to fruition, initially back in 2016. Consisting of veterans of the East Coast punk, noise, and hardcore scenes, most notably Chris ‘Crispy’ Corvino on vocals, formerly of Deadguy, whose 1995 release Fixation On A Co-Worker is a stone-cold 90s hardcore classic. Corvino joined existing members guitarist Mark Segal (Boss Jim Gettys), bassist Justin Ingstrup (Good Clean Fun), and drummer Mike Polilli (Buzzkill) in 2020, and after releasing a handful of EPs with Segal on vocals, the revamped lineup set out to blend their hardcore, post-hardcore, and indie rock influences with a punk, and metal edge.

Is Anything Alright (score, another great title!) accomplishes the bands said mission statement pretty emphatically as Easy Lover gets the party started with a full-on, rock & roll attack, complete with hip-swinging riffs from Segal to get you moving. This track instantly conjures up compassions of 90s garage punk ragers like Rocket From The Crypt (a stated influence) and The New Bomb Turks. Atom Driver successfully deploy the same kind of high-energy rock attack to great results.

a rocking, fun, manic, punk-y, professional, slightly weird, bash-fest of an EP, that harkens back to the 90s garage punk scene…

Segall then decides to show us his The Jesus Lizard/Tomahawk influence with High Protocol Party, breaking out his best Duane Denison rhythmic riff to keep the song moving along at a nice tempo. If I didn’t know better, I’d think Happy was a Mondo Generator song. The energy is pretty similar, and Corvino sounds uncannily Like Nick Oliveri on this track, and throughout Is Anything Alright. I’ve Turned Into A Monster keeps The Jesus Lizard meets Mondo Generator energy going. Seven sees Corvino switching up his delivery a bit, while Porchlight ends the EP on a vigorous note.

Is Anything Alright is a rocking, fun, manic, punk-y, professional, slightly weird, bash-fest of an EP, that harkens back to the 90s garage punk scene that ran parallel to grunge and indie rock. All of the musicians are veterans of their craft and know exactly how to craft songs in this vein, wearing their influences on their sleeve but never sounding directly like anyone, other than Corvid occasionally morphing into Nick Oliveri. I’ll be keeping my eyes open to see if these guys will eventually do a full-length. 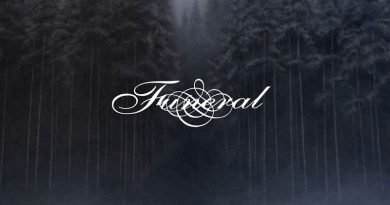