In an age marred by hypocrisy, misinformation, divisiveness and self doubt, it’s refreshing to see and hear a band with an artistic message that bridges cultural gaps and spans the globe – enter Arcadian Child (Panagiotis Georgiou – vocals/guitars, Stathis Hadjicharalambous – guitars, Andreas Kerveros – bass, and Constantinos Pavlides – drums) a neo-psych quartet based in Limassol, Cyprus, who brings us their third, and perhaps finest release in as many years with Protopsycho and builds upon the momentum of debut record Afterglow and 2018’s Superfonica.

Recorded, mixed and produced by Andreas Trachonitus (Studio Eleven63, Nicosia), Protopsycho benefits from a crisp production emphasizing note clarity and rhythmic precision; indeed the band has garnered a reputation for jamming in the live setting, but their latest gleans the fluid dynamics of live improvisation and focuses it for eight tracks of sublime, often uplifting effervescent psych rock.

Early single Bitter Tea (released 31st July) gave a peek at what is probably the album’s closest step into dramatic psych pop, its slide guitar melody giving a firm nod to late 90s/early 2000s Echo and the Bunnymen. The song boasts a slower build, but the momentum carries until fuzz cuts through with slick efficiency; a head nodding riff ensues as Georgiou repeats ‘…rise above the idle sky…’

Georgiou, who is also the band’s sole lyricist, describes the song as ‘an honest track fighting self-doubt, pushing back our anxieties and fears’. This kind of positive message is not only conveyed lyrically, but the music throughout the album reinforces it and truly could not come at a more appropriate time.

Tragedy of the human spirit is nothing new in this day and age, especially with generations that precede ours having been faced with tyranny, poverty, oppression, addiction, famine and genocide – the worst parts of history always repeat themselves, and each generation looks somewhere for respite. Arcadian Child hones in on this spiritual vacancy, aiming to fill it with aspiration.

Opener Snakecharm, in its gentle acoustic intro, is flooded with harmonic minor flourishes while a marching percussion pulls you forward in what feels like a trailblazing effort to conquer fear. Reverse leads harmonize well with the bassline arrangements, giving this overwhelming sense of hope. The song evolves, transitioning nimbly into what feels like a ‘spirit dance’, conjuring (pseudo) ritualistic images like the metaphorical soul breaking free at the verge of a meta trance like state. Intermittent explosive bursts clash with leads and rhythmic dancing; a sultry interplay ensues to carry the track to conclusion.

An exceptional standard is set early on in the album, with the band’s heartfelt execution consistent with minimal to no deviation; Wave High takes a driving lead to make the foundation for the track, its wiry rhythm section filling the white space like vines growing through crevices between each note. The song culminates in an explosive bridge and chorus with a melodic vocal to seal the affair and reinforce its staying power.

Whether it’s the melancholic balladry of Sour Grapes, the sexy strut of Bodies Of Men or the reverb drenched Chameleons U.K. meets Soundgarden progressive march of The Well, the band speaks in many different languages, mending stylistic differences through musical shades of light and dark, crafting a whole greater than the sum of its parts. And there’s something truly carnal that oozes from a track like Bodies Of Men, proving the band can get down and dirty when they need to.

While life may not always be about pouring your heart out, its sheer catharsis can be the perfect cure all. And although the poppier moments on Protopsycho may not connect with everyone, the band’s seriousness, commitment to authenticity, and outstanding musicianship, despite wider potential appeal, should be celebrated regardless.

Protopsycho will be released on vinyl through Kozmik Artifactz and on limited edition CD and digital download through Rebel Waves Records, an imprint of Ripple Music, this Friday, 9th October. 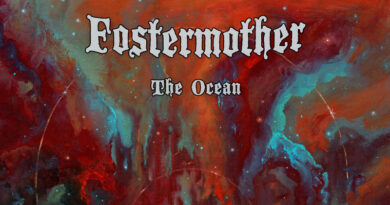 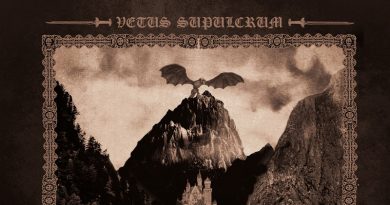