Music has been part of my wife and I’s relationship since the moment we met. In fact, she’s the reason I’m writing this (belated) review at this very moment. She has pushed me to pursue my passion from day one. From sending that first email to Lee at The Sleeping Shaman inquiring about writing, to expanding my musical vocabulary by introducing me to bands outside my comfort zone, to getting this nerdy Jewish boy from Long Island to play guitar in her Christian rock band in front of actual people at church, my wife knew what I needed, when I needed it, and helped guide me.

I remember vividly coming home from work, my wife was sitting on the porch and said don’t go inside yet, you need to listen to this song. Cocaine And Abel by Amigo The Devil came spilling out of the speakers and I was immediately hooked. As we listened to the new album, Born Against, together, my wife pointed out some intriguing details in the music and we shared our mutual love of this incredible album.

I must add it took me quite some time to write this review. 316 days to be exact. Danny Kiranos is Amigo The Devil, the music he creates, and the stories he tells, are extraordinary and after many listens and months of enjoyment, I wrote these words down. So, without procrastinating anymore, here are my thoughts on this incredible album.

Small Stone begins this album with calming piano and ambient drones. The vocals sound like they’re coming through an old radio from the 40s. It’s a very cool effect. An orchestra of instruments join the acoustic guitar and the vocals become clearer. The tension builds to a climatic silence after the words ‘Tell me the story of lonely, I’ll show you the pain of getting clean’. An explosion of rhythmic music and a choir of vocals come pounding from the speakers and feed my hunger for post-rock crescendos perfectly.

‘Time doesn’t respect what doesn’t respect it, kind isn’t a word I’d use for man’. This is where Amigo The Devil shines. Powerful moving lyrics sprinkled throughout sublime and unique music. Quiet As A Rat sheds light on society and its current relationship with religion. The music is upbeat, and the addition of the horns is exquisite. The melody is catchy and has you singing along, but the words are real and should be soaked in.

Murder At The Bingo Hall has a catchy acoustic riff and immediately builds tension in the song. I learned originally this song was going to be a murder mystery of sorts but then the epic line enters saying ‘After four in a row I jumped up and yellеd Someone should call the cops, I’m killin it’ gets me every time. In contrast to Quiet As A Rat, the lyrics are fun while the music teeters on the haunting side.

The Spanish style acoustic guitar riff begins Drop For Every Hour. Another catchy song, but Kiranos shows off his vocal power on this song with some heartfelt yells. We got to hear his opera side on Small Stone, and this showcases his broad range. The shortest song on the album, Better Ways To Fry A Fish, begins with harmonica and an acoustic riff that immediately makes me think of Chris Stapleton, however its vastly different than anything on Chris Stapleton’s albums because it’s a story told by a serial killer.

Different Anymore is probably my favorite at the moment and it’s very catchy. The words echo in your mind hours after… ‘When the water is finally still, I can see all the parts that are wrong, there’s two sides to the mirror and I’m trying to see which one I’m on’. More mind-blowing lyrics and I particularly love the ending with the choir-like vocals, reminding me of The Great Gig In The Sky by Pink Floyd.

As the next track opens, I immediately think of Tom Waits. Maybe that’s because I just bought Bad As Me on vinyl. Another Man’s Grave is an acoustic track and while the added instruments create beautiful dynamics, seeing Danny perform this song solo acoustic in a cave is something I’ll never forget. It was absolutely perfect.

There’s the banjo! I never thought I’d look forward to hearing a banjo when I prefer ear-piercing distortion. But Amigo The Devil works wonders with that instrument and I love it! 24K Casket is a hoedown and I adore the instrumental section with the addition of piano. But again, the lyrics are fantastic discussing how pointless it truly is to have insane amounts of money. A casket is a casket and buried deep under the earth.

Shadow seems like a nod to previous his work. As if to say the music has progressed but he won’t forget the past. It’s a dark song and uses unique sounds as percussion, again reminding me of Tom Waits. This song is yet another riddled with outstanding lyrics, especially the line ‘But who protects the shadow, better than the dark’. Amazing.

Letter From Death Row is the perfect closing song for this album. A solo acoustic performance calmly singing out those final words of a man on death row. It’s powerful, yet scary, to be writing down the very last words you will ever say and leaving that as the final thought of the album was the perfect move. And just like the album, I’ll leave you with these words… ‘In less than 24 hours, I’ll just be dirt and flowers, I hope it brings the families peace, when the darkness of the tunnel is the last place I go, you’re the closest thing to heaven I’ll ever need.’ 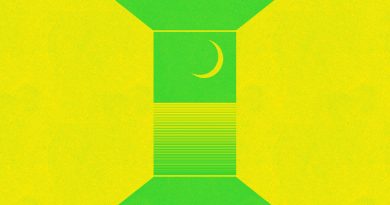