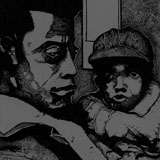 It’s strange to think that Art Of Burning Water formed over twelve years ago when you consider how much of a fresh and vital piece of the UK’s heavy underground music scene they are today. The fairly recent addition of young Kunal Nandi on electric bass guitar has no doubt helped to breathe new life and vigour into the outfit, and it seems like in the last few years the band have been more active than ever.

Art Of Burning Water don’t really fit in anywhere: they’re not a punk band, they’re not a sludge band, they’re not a hardcore band, they’re not a noise-rock band; but they’re a band that sound like nobody else and have staunchly carved out their own niche to occupy, weathering waves of trends and the deaths of hundreds of other bands. Defying categorisation and eschewing any sort of mainstream acceptance, these weirdos just won’t go away. They’ve churned out albums, EPs, and splits; toured the UK and occasionally forayed further into Europe; but mostly I see their name on quality mixed bills in London, where they formed back in 2001.

Even though Art Of Burning Water have always been hard to describe, each full length release slowly solidified their vague identity as a riff-centric kind of avant-sludge band. But their newest material is that much faster and nastier it’s almost a middle finger to the expectations that they themselves laid down as to what a new Art Of Burning Water album would sound like. The song titles and lyrics on this newest release contain that familiar mix of snarling sarcasm and total bummed-out observations of life’s struggles, tragedies, inequalities and inevitable death. And then there’re track titles like Feast of Testicles – which I hope is just a private joke about UK-label and distro Feast of Tentacles.

Living Is For Giving, Dying Is For Getting is the fifth album by Art Of Burning Water, and it’s a mere 19 minutes worth of caustic outsider bile and visceral off-kilter riffing. But the short running time is by no means an indication of ideas running out after more than a decade – this album is a distillation of their sound, everything concentrated down to produce the strongest possible dose. Where other Art Of Burning Water albums have clicked with me almost instantly, Living Is For Giving, Dying Is For Getting took a few listens before the choking smog cleared enough for me to properly find my way around.

This is a pretty intense and even a claustrophobic record at times, the vocals buried even deeper in the mix and the guitars muddied and harsher than usual. This is the fastest, most concise record Art Of Burning Water have ever made, and while the music is as good as it’s ever been, the individual riffs and ideas are dragged up and dispensed with faster than ever before, so it’s a record that – for me at least – gets better with each listen as more and more is revealed. It’s like an Art Of Burning Water Album, but one that’s been crushed down, pressing all the breathing room out of it so that the intensity can conceal things on your first listen.

For those that heard their recent 7” EP The Humiliation Process and their split with heavier-than-thou powerviolence two-piece Isolation Tank, this new Art Of Burning Water album might seem like less of a leap. But there’s a substantial shift in speed and intensity between this latest album and their last full-length This Disgrace. Put simply, Living Is For Giving, Dying Is For Getting is a ferocious beast of a record, and a statement that Art Of Burning Water have absolutely no intentions of slowing down or easing up as the band enters its fourteenth year. 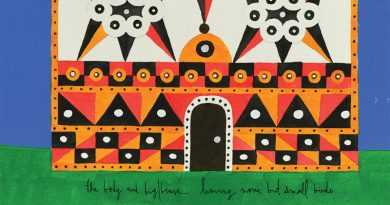 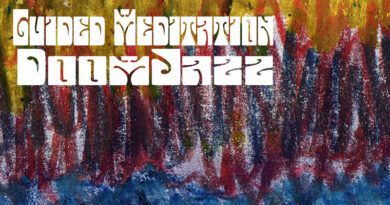