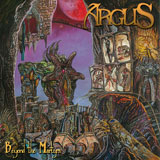 Even in times when Lord of the Rings and Game of Thrones dominate audience figures, fantasy drenched epic doom metal is criminally underrated. Candlemass, arguably, should be the Swedish national anthem with the untouchable ‘Bewitched’ and bands such as Pittsburgh’s Argus should be gaining far more attention.

Having formed in 2005 and now on album number three, Argus have being building up a loyal following with a good reputation for merging heavy metal with the typical Trouble doom sound. Their new opus ‘Beyond The Martyrs’ is exactly what 2013’s otherwise pretty lacklustre year for releases needs with a heavy dose of metal might.

Little has changed since previous offering ‘Boldly Stride The Doomed’ but there has been a slight elevation in the finished product. The song-writing as a whole seems to be more accomplished this time round and opener ‘By Endurance We Conquer’ in particular shows Argus at a new high in both togetherness and atmosphere.

The other defining factor this time round is just how solid Brian ‘Butch’ Balich’s vocals have become. Easily the strongest performer in Argus, Butch’s roaring pipes have that distinctive quality of sucking you straight into the music and provide a good forefront for the classic riffing that accompanies him.

Although Argus do sound like many other bands of the same ilk it’s their ability to appeal to a wider audience that makes them stand out. They seem to have a knack for writing incredibly infectious songs such as ‘No Peace Beyond The Line’ and similar hitters that have the potential to please doomsters, classic metallers and even people into modern melodic bands like the dreadful Amon Amarth.

The reason for this is simply their natural ability for writing both enigmatic, punchy riffs and melodies which are helplessly catchy. This is tried by many bands but often has mediocre results which Argus have managed to escape with a largely strong and immediately accessible body of work.

Of course, with any album that’s described as epic, the lyrical aspect has to match and ‘Beyond The Martyrs’ definitely indulges in journeys into the bizarre. ‘The Coward’s Path’ is a great example of how good the band’s lyrics can be with some clever yet easy to visualise imagery being painted through their fantasy indulged word.

Argus have created an inspirational piece of US metal that continues to show how much enjoyment can be found in delving into supreme melodies. It’s likely that in years to come this band will be among the gems the metal underground talks about with high regard in the same way bands like Count Raven are seen now. 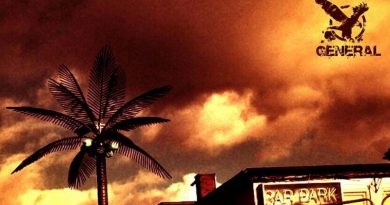 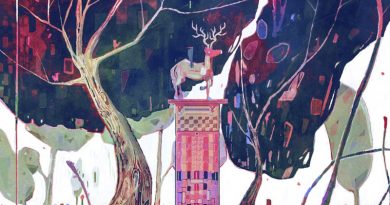