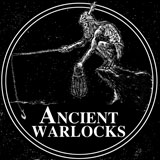 It’s a risky business to start a new label in this current musical climate when so many people want something for nothing but the Lay Bare principal is a simple one…you want it you buy it. On vinyl!!! Getting Mos Generator on board for their first release was something of a masterstroke and their live album was an electrifying document of the band on stage so the follow up release has to be pretty kick ass!!!

Fortunately Ancient Warlocks deliver. The Seattle four piece are pretty much a straight up, heavy assed stoner rock band but they do it in fine style. Their sound is no frills and fuzzy. Right from the off they hammer into their music with the minimum of subtlety…like driving a steam roller through a camp site!!! Through the eight songs on offer here they plough a familiar furrow of rich, bass heavy riffs and big grooves. You could draw lines of comparison to some of the big hitters on the scene, for example ‘Sweet’s Too Slow’ hints at Kyuss style fatness with QOTSA’s pop sensibilities and would be a fine contender for a lead single and video while ‘Cactus Wine’ has a lazy 70’s swing and some lovely touches in the backing vocals. There are hints of early Monster Magnet, some nods to much missed UK favourites Acrimony, a little Goatsnake, some ‘Holy Mountain’ era Sleep and, of course the Kyuss thing is never too far away in this style of music.

This album works so well on two counts. Firstly the band’s unfussy approach to song writing is key. They don’t fuck about trying to be clever, instead they find great riffs, put them together with more great riffs and stick some great melodies on top of them. Then, when they feel they’ve done just enough to make it work they stop and move on to the next song…short and sweet.

Secondly the production really emphasises the sheer weight the band have at their disposal. The bass sound makes your arsehole feel like it’s about to cave in and the guitars create a reassuringly warm blanket of noise. I’m not usually a big fan of the whole fuzz pedal sound but in this case I can’t help but give it a big thumbs up.

Yes it’s true there are a million bands playing this kind of stuff right now, some do it better but many do it a whole lot worse. Taken on its own merits though this debut from Ancient Warlocks is a damn fine example of the genre and for that they’re worthy of exploration, after all, good music is good music regardless of whether it’s wholly original or not. 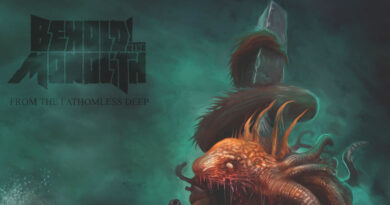 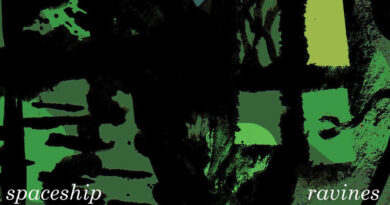