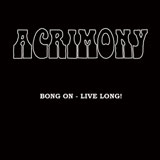 A lovely little Acrimony collection on offer here from Japan’s Leafhound Recs. Kicking off with ‘The Acid Elephant EP’, originally released way back when in 1995 by Godhead, these four tracks still sound as cool now as they did then. Next up is ‘Earthchild Inferno’ which originally appeared on the Rise Above’s ‘Dark Passages’ 2 Comp from 1998, this is sure to get your foot tapping with a some great catchy riffs that have Acrimony wrote all over them.

Track 6 is taken from the Peaceville Compilation ‘X’ also released in 1998 and is a really good cover version of Status Quo’s ‘O Baby’. Now I’m not familiar with Quo at all but I reckon it’s safe to say that ‘O Baby’ is before there ‘Rocking All Over The World’ days. The feel on this one is a more down and dirty. Finally the collection is finished off with five tracks taken from the Church of Misery spilt which came out in 2003 on Game Two Recs and represents the final recordings of these Welsh Drug lord’s.

For some of the older folk (like myself) the inside images of the CD will be a nice trip down memory lane of the underground scene with some old gig posters featuring the likes of Morbid Symphony, Inextremis, Pulp Grind. Plus Cradle of Filth headlining an underground gig at The Picket, Liverpool. Wonder if they have played their recently he,he.

The most interesting poster for me is Shaolin Power Tools Productions Presents Iron Monkey V Acrimony at the Old Angel, one can only wonder at what a belter that must have been. Finally the image in the middle of the CD is the band pic they had on there demo, now that is going back some. 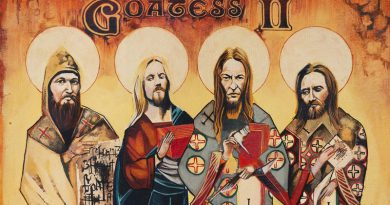 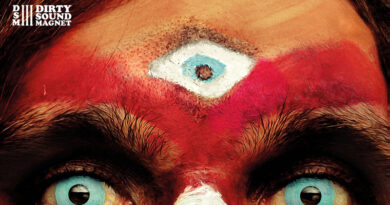