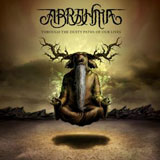 Being of Gallic descent I will automatically jump on any band hailing from my partial homeland of France with great hope and expectation…and so I did three years ago when a band called Alcohsonic dropped their debut album. Sadly I was less than impressed with their sterile brand of funk infused rock and suggested they dirty themselves up a bit. Well what do you know, that’s exactly what they’ve done. One name change and a deal with American heavyweight label Small Stone later and here we are looking at the debut album from Abrahma.

Now the cynic in me automatically looks at this musical about face as a case of jumping on the bandwagon firmly with both feet to gain acceptance and credibility but in fairness let’s look at this album purely on its own musical merits. Immediately it is clear that this is a vast improvement over their previous incarnation as Abrahma have adopted an expansive, riff fuelled, psychedelic flavoured desert rock style with which to herald their rebirth.  The riffs are bigger than the Greek economic crisis, the grooves flow naturally and vocalist Seb Bismuth has ditched his irritating Mike Patton-esque whine in favour of a richer, gutsier melodic roar that is altogether more palatable.

So far so good. The fact that it is hard to pinpoint specific influences is also a plus point other than the usual Kyuss, Dozer and the occasional nod to Roadsaw. The press sheet’s mention of such 70’s luminaries as Cactus and Grand Funk is perhaps a little misleading as the 70’s rock influence is apparent but not blatant. These guys draw from much more recent times with their heavily stoner derived sound. Sticking this album on and giving it a spin it’s certainly a highly satisfying listen for its fairly lengthy duration. The riffs, grooves and melodies all entwine with each other to create an overall picture that will keep any crowd of toking rockers more than happy in their cloudy haze.

The band know exactly when to pick up the vibe and when to drop it down to points of mellowed bliss and the lovely thick production helps to deliver the bands weighty sonic mass and suck you in like a thick mattress. The problems do start though when the album finishes. As great as this album sounds while it’s pushing air through your speakers and as much as it will have you nodding out in appreciation, once it’s over the songs don’t really stick around. Aside from a few more notable tunes such as “Honkin’ Water Roof” there is little here that sticks in the memory after it’s done and dusted…there are no killer, addictive hooks that draw the listener back in time and time again for repeated listens. After several fairly intensive listens there is nothing here I could sit down and sing back to you, in fact as I listen there’s not much that strikes me as familiar. This is not necessarily a bad thing. Some bands don’t create music for the purpose of gaining big hits, music can exist to suit a mood and this album certainly does that very successfully and should have the stoner rock devotees lapping it up in their droves. 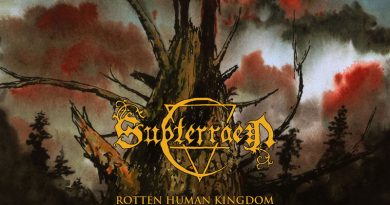