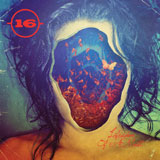 Before beginning this review, let me admit something to my shame: I had never heard of -(16)- before listening to Lifespan of a Moth. I am very glad that my days of dreadful ignorance are over. Lifespan Of A Moth is a heavyweight addition to the sludge metal genre, packed with memorable hooks, powerful instrumentation and riffs so groovy you’ll look like Churchill from those car insurance adverts.

-(16)-‘s seventh studio album sees the band – comprised of founders Bobby Ferry and Cris Jerue, along with newer members Barney Firks and Dion Thurman – setting down a collection of songs that are sometimes disturbing, sometimes humorous, and always well-crafted. It’s pretty clear that these guys are veterans of the scene and they carry the same sort of dirty, sludge-caked sound of other essential groups like EyeHateGod and Crowbar. You won’t hear too many solos on this record. The musicality is found in the contrasts between volumes, the galloping triplets of songs like the deliciously-titled Peaches, Cream And The Placenta (sounds like a winning recipe), and the command of structure. The album only features eight tracks, most of which average six minutes in length. But -(16)- know when it’s time to move on and when to linger on a particular section.

The strength of Lifespan Of A Moth lies in -(16)-‘s ability to write powerful riffs which balance originality with simplicity. It’s an album filled with moments of familiarity, as though you’ve heard a particular rhythm or melody somewhere before, on some equally heavy, but utterly unplaceable, sludge album. I don’t mean to suggest here that -(16)- are guilty of plagarism. Rather, this album is chocked full of ‘classic’ moments that are so good it’s almost stupid that no one thought of them before. Take, for example, the excellent use of rolling drum fills on Secrets Of The Curmudgeon, or the development of the grooves on The Absolute Center Of A Pitch Black Heart from hardcore-tinged strumming to thundering palm-muted triplets. These subtle changes in rhythmic approach allow the songs to continually evolve and retain their bite.

The cover art alone deserves a minute’s pause, such is its blend of simplicity and grotesque allure. For any sufferers of trypophobia, I can’t stress enough how disturbing the image of a face hollowed out and turned into a cavern of gore-coloured moths is. It’s a striking image that captures the spirit of the album rather effectively, not only because of the connection to the album’s title but because at times this record feels ready to rip your face off.

If any weak spots exist on this album, it is probably the middle track Gallows Humor, only because it is the only entry that begins to feel excessively long. It’s the longest song on the record and moves away from the standard ‘guitar, bass, drums and vocals’ combination of heavy music, introducing other stringed instruments to add a menacing opulence to the track and emphasise the melody. The song’s funereal pace and simple structure establish a sombre mood, but for the most part it’s hard to avoid feeling like it has just been stuck on repeat.

-(16)- manage to deliver a stunning album with Lifespan Of A Moth, showing that if there is one thing these guys know well, it is sludge. They accomplished something which, it must be admitted, can be very difficult to accomplish: they created an album which sticks to its guns, focussing on simple but powerful riffs and aggressive instrumentation, without becoming tedious. It’s an album which will be on my proverbial record player for some time to come. 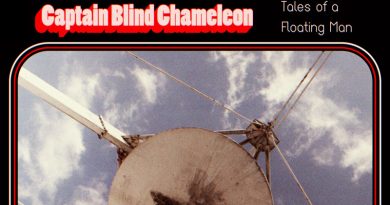