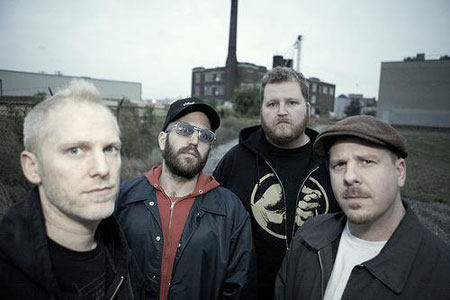 Minneapolis-based instrumental prog/doom goliaths ZEBULON PIKE unleashed their Space Is The Corpse Of Time full-length in 2011. Inspired in equal parts by heavy sounds of the ’70s (Mountain, Pentagram, Captain Beyond, early Judas Priest), progressive rock (King Crimson, Rush), and 20th century classical (Bela Bartok, Arvo Part, and many others), the self-released, five-track offering is the band’s fourth and most ambitious work to date. Dubbed “an epic feast of might and majesty” by Aquarius Records, ZEBULON PIKE churn an intriguing mixture of melodic melancholy, old-school guitar-isms, and Wagnerian dynamics that marks a mighty presence in the world of heavy music.

As a treat for those who’ve yet to witness the band’s unsung sonic sanctity, the fine folks at The Obelisk are currently streaming Space Is The Corpse Of Time in its entirety at THIS LOCATION.