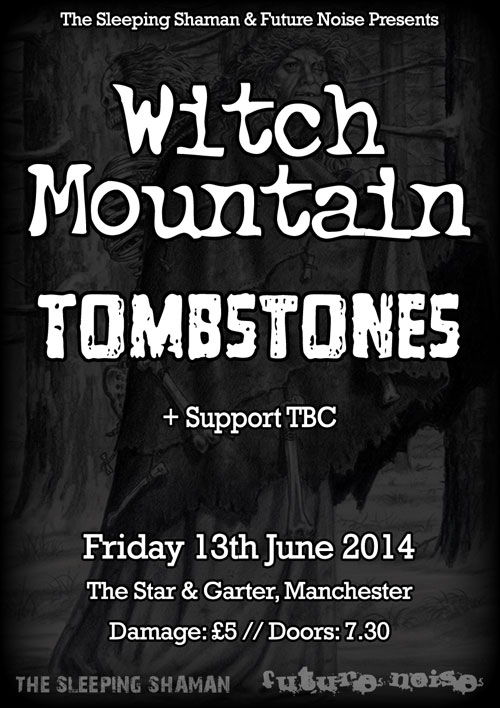 The heavyweight pairing of WITCH MOUNTAIN & TOMBSTONES are currently touring Europe and now an EXTRA DATE has been added to the UK leg where they’ll play the Temple of Doom that is The Star & Garter in Manchester on Friday 13th June, 2014!

Damage is just £5, doors open at 7.30 with support being confirmed over the next few days.

We know this is short notice, but hope people can make it down, there’s also a Facebook Event set up HERE.

The remaining tour dates are as follows: 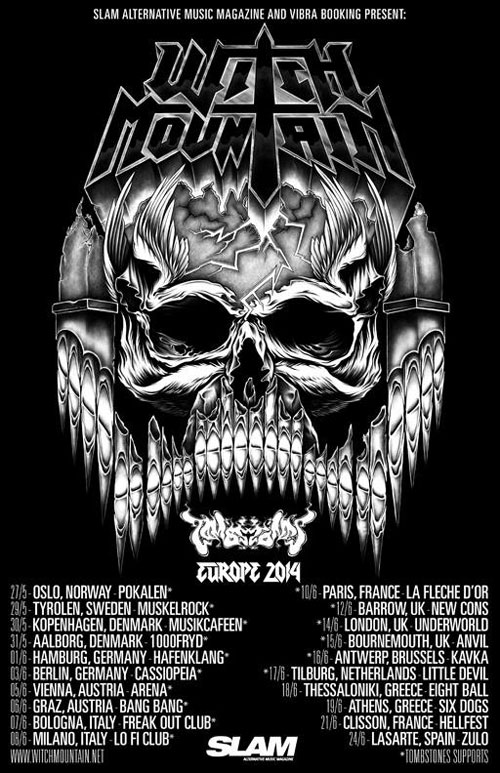 Gurt A Cert At Desertfest 2013