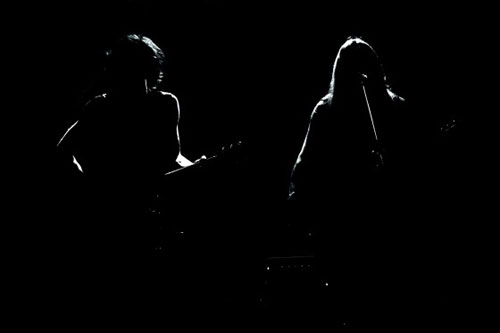 It is with extreme pleasure for Germany’s Exile On Mainstream to announce the label’s next priority release, with the second collaborative album by one of the most strikingly natural singer/songwriter duos of these troubled modern times, SCOTT “WINO” WEINRICH and CONNY OCHS.

To backtrack a bit, the union of these two gritty, passionate musicians took place in 2010, as American doom/rock legend, WINO (Saint Vitus, The Obsessed, Spirit Caravan, The Hidden Hand) was touring Europe on his own first full solo album,Adrift, which had just been released by Exile On Mainstream. Simultaneously, contemporary German solo vocalist/guitarist, CONNY OCHS, was preparing to release his debut solo album, Raw Love Songs, through the same label which saw the two artists billed together on this European trek. From there, an instant bond was formed, both as musicians as well as just like-minded humans. Instantaneously, musical ideas formed within this new brotherhood, which quickly grew into a courageous collaborative full-length studio album entitled Heavy Kingdom, released by Exile On Mainstream in 2012. The album showcased the organic songwriting skills through an incredibly passionate delivery. Heavy Kingdom elevated both artists as top-notch contemporary singer/songwriters in the eyes of the media and fans alike, and saw the duo taking their songcraft to the road heavily across Europe as well as North America.

That was just the beginning, as, since Heavy Kingdom was just seeing release, the pair had already began talking about “what was to come” in reference to new material they’d began plotting together. The time is now, as the second chapter from WINO & CONNY OCHS has recently been completed, the project actually having remained virtually unannounced and taking place behind closed doors over the past few years. With the artists being based on two different continents and remaining busy with their own solo endeavors, an opportune time to convene for some songwriting time never arrived, and the pair began trading ideas via email. This was not something that at all brought forth the magic and mastery which took place the first time, and after months of writing, the idea was scrapped, and last year, WINO voyaged back to Berlin to rendezvous with OCHS. 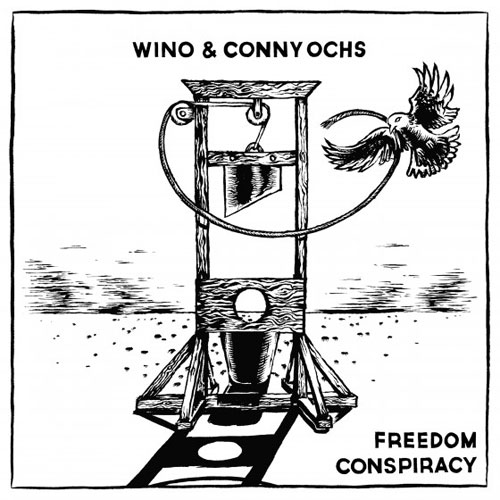 Recorded again at Kabumm Studio with producer Thommy Krawallo, as was their Heavy Kingdom LP, the newest collection of ambitious, harrowing and beautiful music created by WINO & CONNY OCHS not only brings forth the same quality of organically conceived folk/rock fans of the previous album should expect, it simply excels in every imaginable aspect, and now awaits release in early 2015 through their trusted alliance with Exile On Mainstream. Bearing the title Freedom Conspiracy, the record was written and recorded entirely with WINO & CONNY OCHSperforming all instruments together, the approach slightly different from Heavy Kingdom as it has been created in a much more organic way with rudimentary ideas brought in by each and then carved into songs by both together. Fusing acoustic and electric guitars and with both artists’ standout vocal styles searing through these thirteen well-crafted brand new hymns, the initial recordings of the album date back to over a year ago, but even though the songs were done and recorded, these protagonists felt it had been rushed a bit in the end and final touches couldn’t be made with both together in the same room for reasons of other obligations. So it was put to rest and matured several months. Earlier in 2014 both went back in and basically stripped everything down to the bare bones, started from scratch, arranging the tracks differently and all of a sudden it clicked and brought forth forty-five minutes of some of the most refined, dynamic and unforgettable folk/rock music in years.

When asked what the album meant to the artists themselves, CONNY OCHS states: “Freedom Conspiracy means companionship. It means to have each other’s back. This album is about losing and finding belief. And fighting for it.” Adds WINO on the album: “Shits changin’ fast. With war on every corner, political theatre becoming increasingly more offensive, and Big Brother and the Globalists intensifying their slow takeover, we offer sounds and vibrations of love, death, happiness and pain! With this music and verse we hope the songs will inspire and uplift, and hopefully unite our searching spirits.”

With cover art by WINO & CONNY OCHS, Freedom Conspiracy will see deliverance on CD, LP and digital download on March 27th (Europe) and March 31st, 2015, both LP and CD versions to be available from Exile On Mainstream in Europe & Earsplit Distro in the US for wholesale and retail purchase (the LP exclusively). The release will be followed by international touring from the duo to be announced throughout the year. Fans of Woodie Guthrie, Townes Van Zandt, Steve Earle, Bob Dylan, The Black Crowes, Scott Kelly, Mike Scheidt and the like should make sure this duo is on your radar.