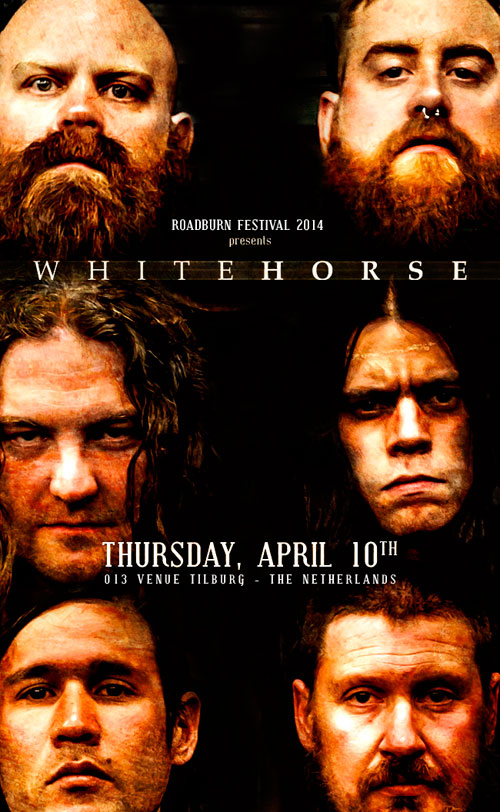 Worshippers of all things slow and low rejoice! Australia’s mighty yet unmerciful doomlords Whitehorse will bring their their sonic annihilation to Roadburn Festival 2014 on Thursday, April 10th at the 013 venue in Tilburg, The Netherlands, trudging through barren landscapes, and crumbled cities, the depths of hell and everywhere in between at their first ever European show.

Hailing from Melbourne, Whitehorse has gathered members of the city’s underground experimental, rock and noise scenes for the past nine years to create heavy, doomy, sludge metal of unprecedented proportions, layered with rumbling ambient drones, swells of white noise and tendrils of black smoke between each Teutonic crush.

The band has often garnered comparisons to the hateful, hellish doom of Khanate, the modern slow motion sludge of Corrupted and the pummelling majesty of crusty, downtuned, doom metal forefathers Winter, but Whitehorse definitely adds their own brutally heavy, harsh and abrasive spin. Sometimes, it even seems that they sport a twisted groove here and there, which gives the band an occasional stoner-doom vibe, too!

Prostrate yourself before this slow moving, lumbering, great unholy beast, and prepare to get crushed by Whitehorse.

Stoned From The Underground 2013 – Line Up Confirmed & Tickets Now Available