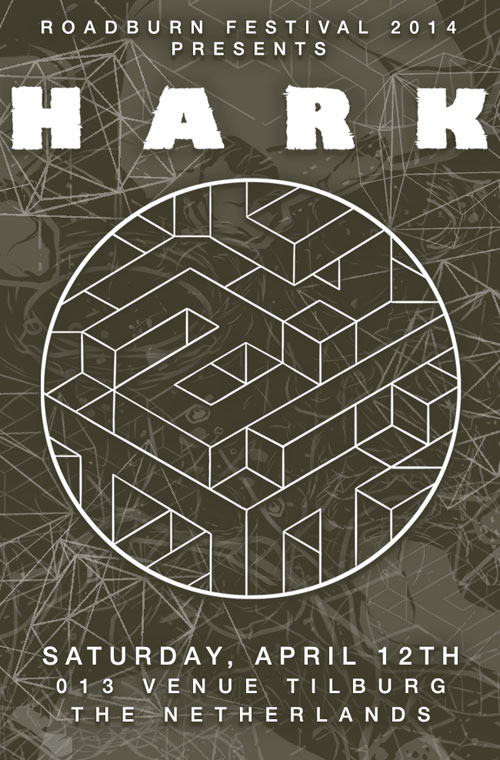 Walter & Co are pleased to welcome Welsh newcomers HARK to Roadburn 2014 on Saturday, April 12th at the 013 venue in Tilburg, The Netherlands.

Having built their live reputation on recent tours with Red Fang and Clutch, HARK are set to deliver another powerful performance at Roadburn 2014.

HARK’s soon-to-be-released Season of Mist debut, has just been recorded in Wales, with Kurt Ballou handling mix duties. Keep your eyes peeled for what is sure to be one of the best albums of next year.

Commented Jimbob on playing Roadburn 2014, “HARK are extremely humbled, to be invited to play Roadburn ’14. Having played Roadburn ’08 with TAINT, I know that we’ll experience the best crowd, festival hosts and gig environment that’s out there. It’s an honour to have the chance to bring Hark over, as a new chapter in my musical journey, and as a new collective vision altogether. All three of us are really, really excited to play.”