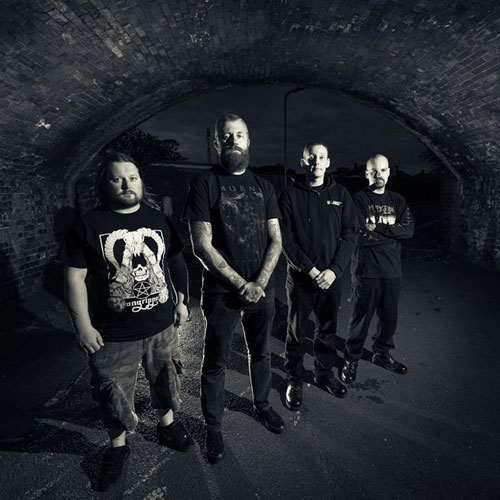 It’s been a while since we heard any rumblings from Northern doom wasters VOLITION, but the silence has now been broken as they will crumble foundations of The Alma Inn, Bolton this Saturday, 17th May 2014.

The gig also sees the band play as a four piece live for the very first time since bass player & founding member, Mark Burns, stepped up to take over all vocal duties after the departure of Paul Gibson, so it’ll be interesting and hopefully crushing, to see how their old and new material sounds with this stripped down, yet rejuvenated line up.

Joining VOLITION on the night will be TIDE OF IRON, BASTARD OF THE SKIES & PIST, bands start at 8pm and if that wasn’t enough, it’s also FREE ENTRY!

A Facebook Event has also been set up HERE. 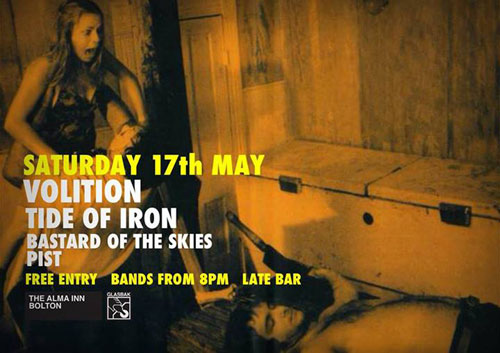 In other VOLITION news, the band are currently preparing their long awaited sophomore album to hit the streets, entitled ‘A Wreck Among Ruins’, this heavy slab of doom was recorded, mixed and mastered at Studio 1in12 last year by the legend that is Bri Doom and is penciled in for a summer release via Totalrust Music & Forneus Records.

More news will follow soon, but in the meantime, you can stream the first single from the album ‘The Vastness Consumes Us’ below: