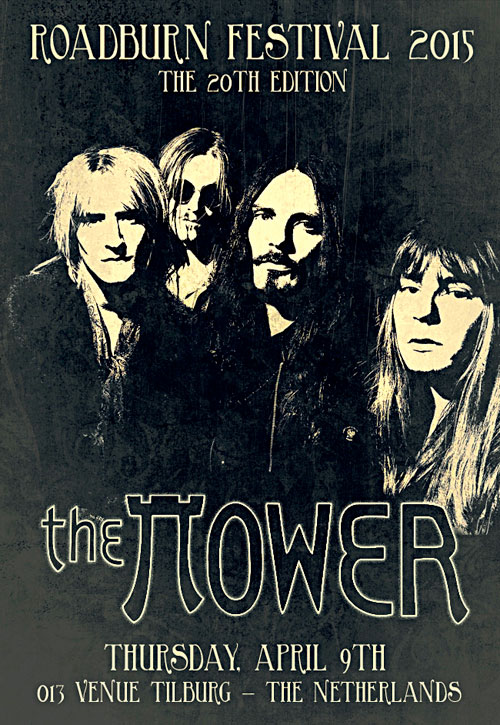 Taking the best parts of hardrock, psychedelic rock, caveman boogie, and amplifier worship, The Tower will put forth their heavy 70s loyalism at the 20th edition of Roadburn Festival on Thursday, April 9 at the 013 venue in Tilburg, The Netherlands, pushing the outer limits of an already spacious genre.